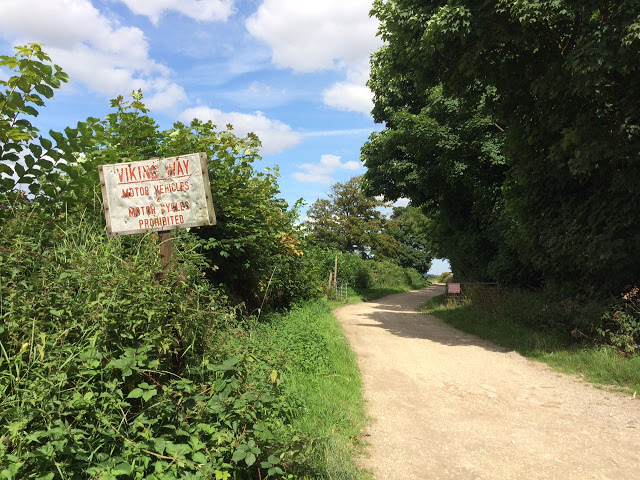 I don’t like bridges. I don’t like small bridges and I don’t like big bridges, but at least you get over small bridges more quickly. If I’m in a car I often close my eyes (luckily I don’t drive). If I walk, I go as fast as
possible without looking left or right.
So there’s this huge river called the Humber, and last time we went walking we finished on the north side, at Hessle. This section we’re starting now officially begins on the south bank at Barton on Humber. So there was no reason, really, to go over The Bridge. There are trains to both sides, I could just start at Barton this time.
Except I couldn’t. I’m walking in the footsteps of Etheldreda, and the Humber will have been a much bigger obstacle for her. She probably crossed in a boat – maybe to the ancient Roman crossing
point at Winteringham. I couldn’t ignore it. It’s a huge river. It’s a big deal. And I don’t like to give in to my fears. 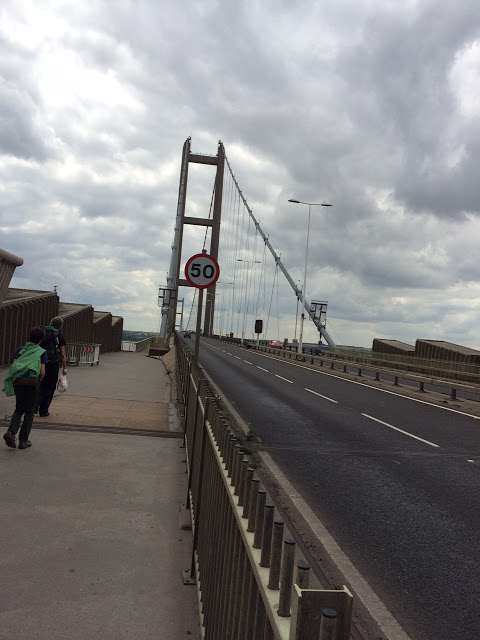 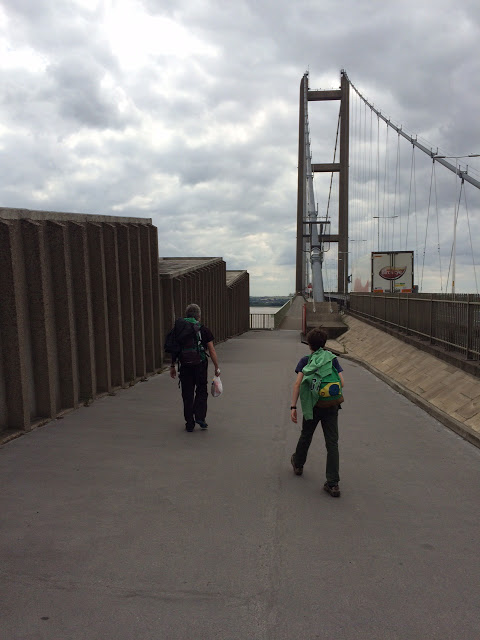 So we got the train from Hebden Bridge to Hessle and began by walking across the Humber Bridge. I was nervous before we left home and I was even more nervous when we walked onto it.. This is a huge mother of a bridge. It used to be the longest suspension bridge in the world, and although a number of bridges, mostly in China, have now overtaken it, it’s still in the world’s top ten. You walk and you walk and you feel like you aren’t getting anywhere. I kind of wanted someone to reassure me with facts and figures – how safe it was, how rigorously it is maintained, how there’s a record of no one coming to harm, particularly pedestrians. Johnny pointed out the little holes every few yards. If you looked through them you could see the water below. I’d been trying to ignore them.
After a while I thought it was OK. I was walking, it was beautiful up there on the bridge, it seemed secure, I was halfway over. Then a juggernaut drove past and I felt the metal ground shake beneath my feet.
Eventually we reached the other side and the beginning of the Viking Way. I’d factored in a mile for the bridge. Actually, from the train station to the beginning of the path was  2.5 miles. My guide book said it was another twelve from here. 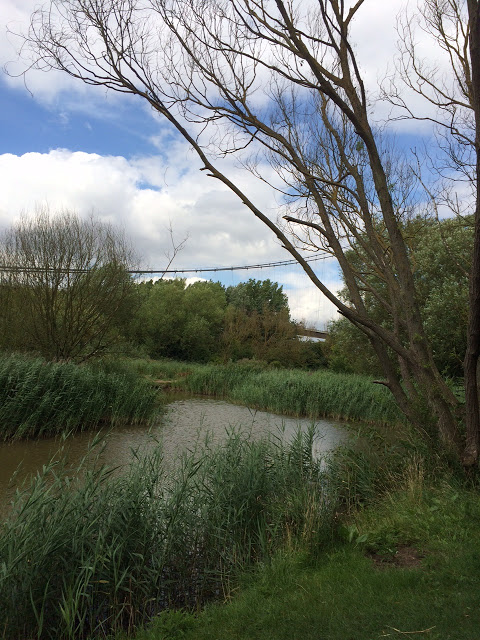 We walked past a nature reserve. Lots of my favourite plants were growing there – weld, mullein, mignonette, mugwort. 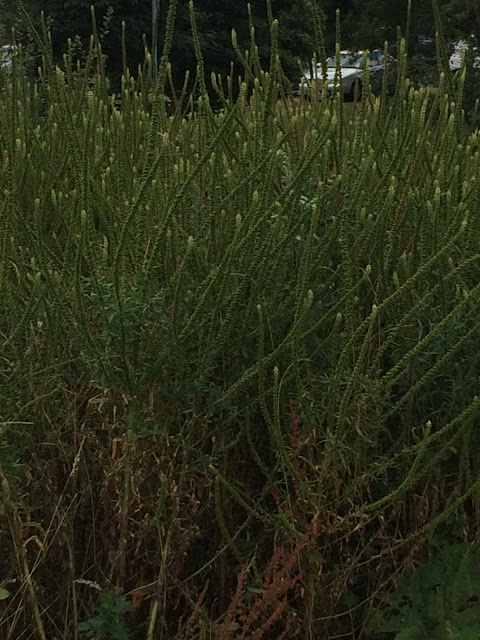 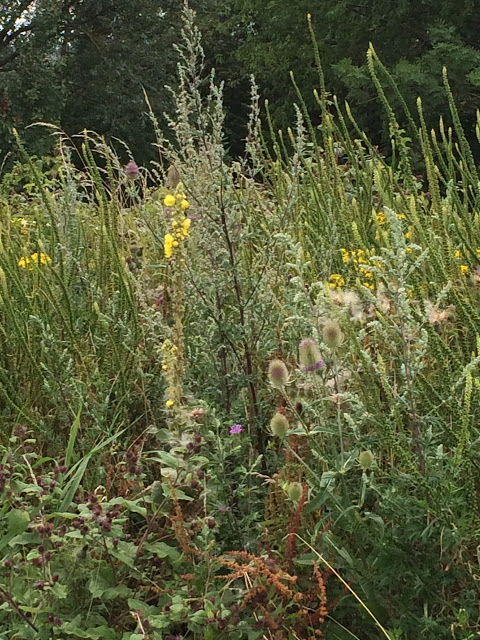 It was a lovely start to the walk, and as the path curved round with a bend in the river we saw swans. 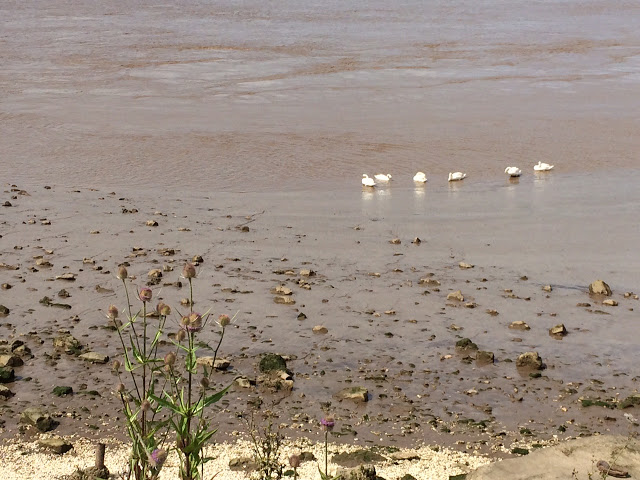 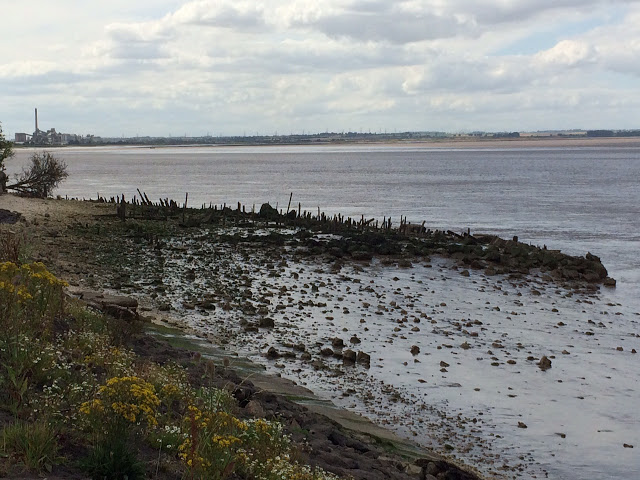 The Humber Bridge always in the distance. 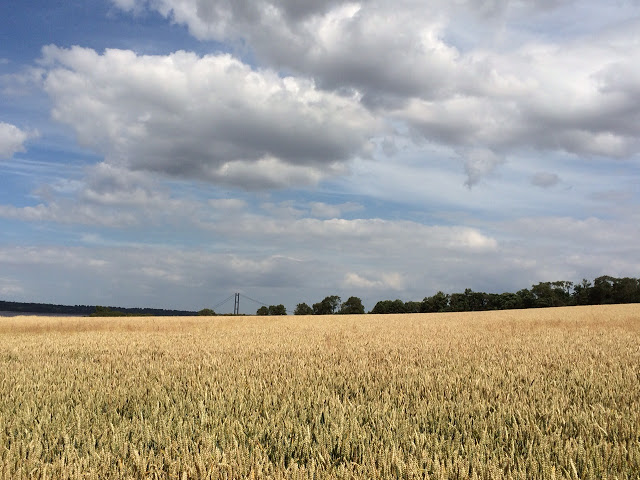 After a couple of miles the path headed inland, along lanes between fields. We nearly lost Johnny by a hedge peppered with elms. English elms, smooth leaved elms, and he even wondered if there might be plot elms! 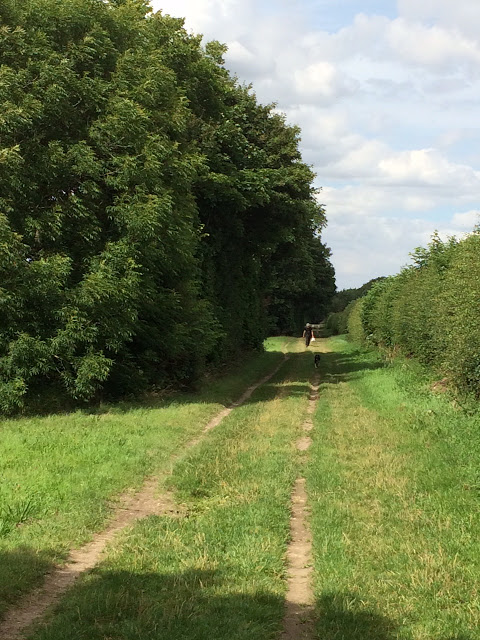 We waited for him in the shade. 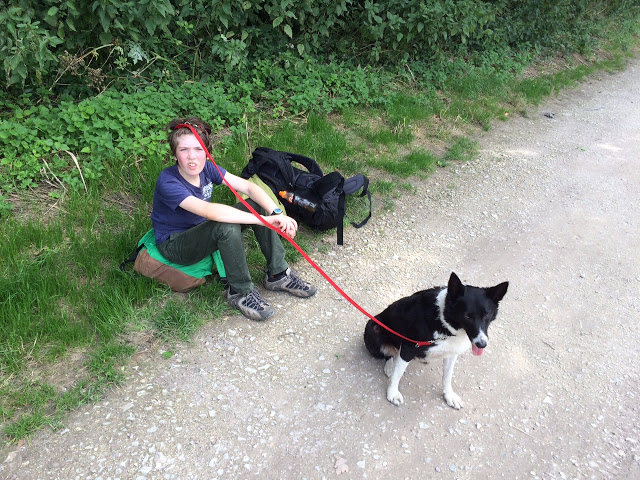 Soon we caught our last glimpse of the The Bridge. 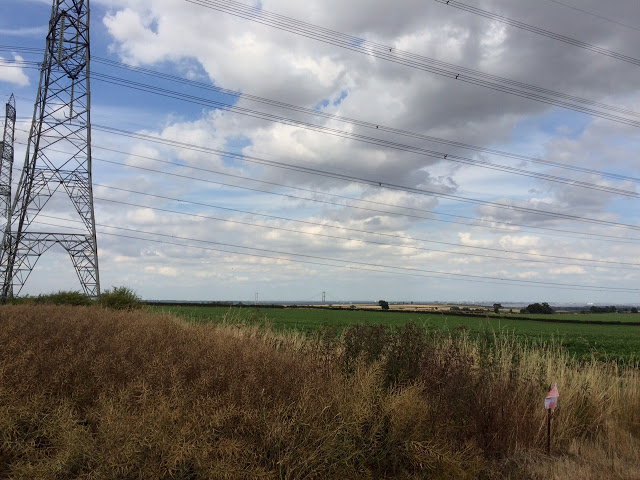 The path became less botanically interesting. We walked along the edges of fields full of wheat, barley, rape, more wheat, stretching as far as the eyes could see. The golden colour against the sky was a joy to behold, for a minute or two anyway. After mile after mile after mile it kind of lost its appeal. 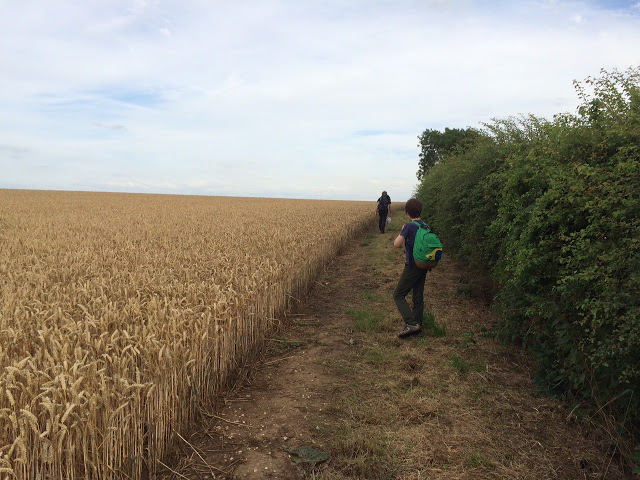 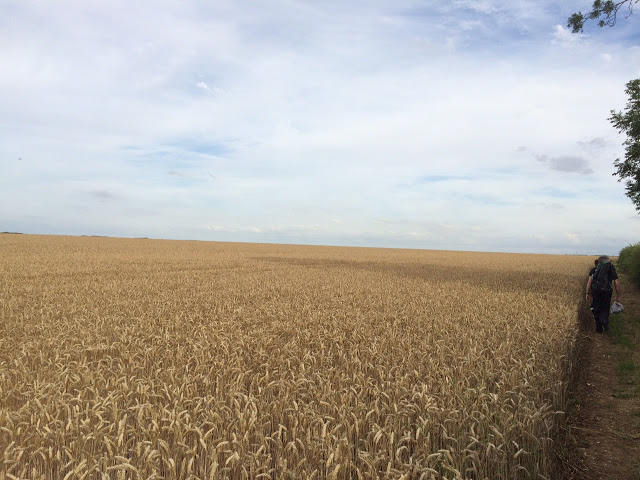 The guide book had been optimistic. By the time we eventually reached our B&B in Barnetby le Wold, we’d done 17.5 miles, which even allowing for the bridge, still made the guide book 3 miles out. I hope
that’s not the way it’s going to be all along.