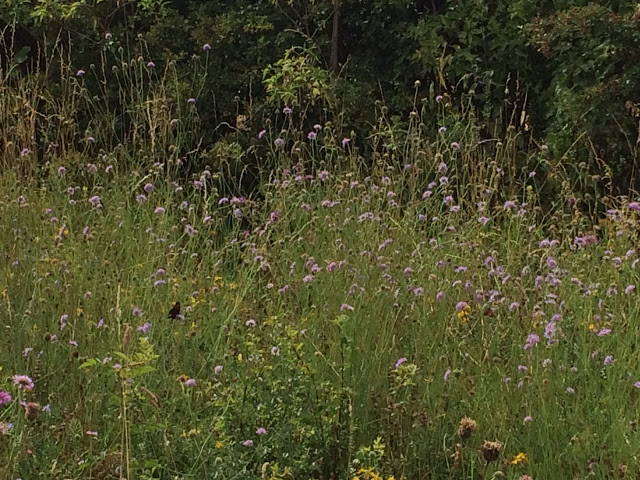 This would be a good way to spend an evening at The Chequers:  Arrive by car – someone else driving – in your glad rags with a friend or friends. Brings lots of money. Try one or more of their amazing
cocktails. Order a three course meal. It won’t make you feel uncomfortable, because the portions are sized to make three courses just the right amount to eat. The food is amazing. It’s won the Good Pub Guide Food Award for a number of years. Have a bottle of wine, or a few. Relax after your meal with coffee and a good malt whisky or a brandy.  Have the person who dropped you off earlier pick you up and drive you home. Don’t be tempted to stay overnight because this isn’t where you want to have your hangover, despite their Hangover Bacon Sandwich and Bloody Mary – which will both undoubtedly be good.
Not that we had hangovers – but it’s just not breakfast friendly. Or maybe we just didn’t fit their profile. We were sweaty and hungry with a limited budget. We were on foot. They were professional, polite, they
did nothing wrong at all – but that’s not really what I want at breakfast before setting off on a long walk. The proprietor was wearing a little black dress and smart shoes at 8.30am. They served the best breakfast so far, but we enjoyed staying there the least.
We walked away from the Vale of Belvoir with its castle shining in the morning sun. It was very beautiful. 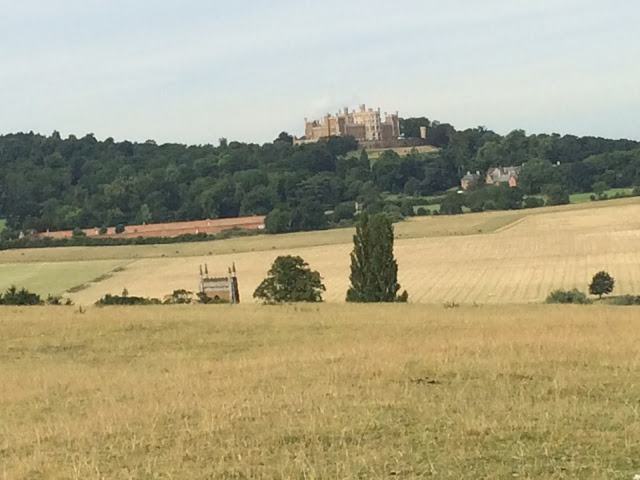 It was a day of wildlife. First some amazing trees, including this walnut. 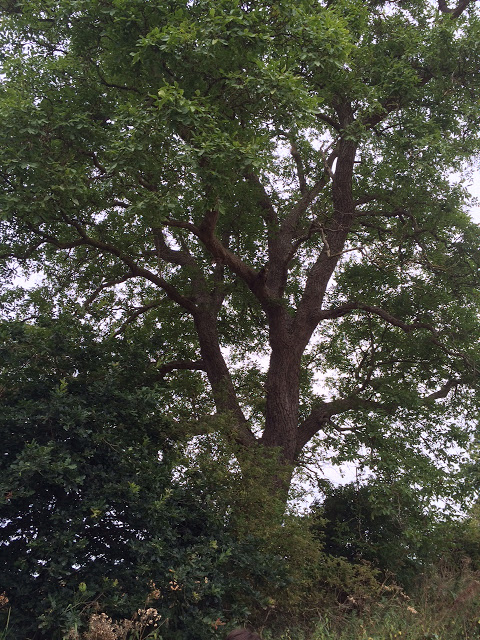 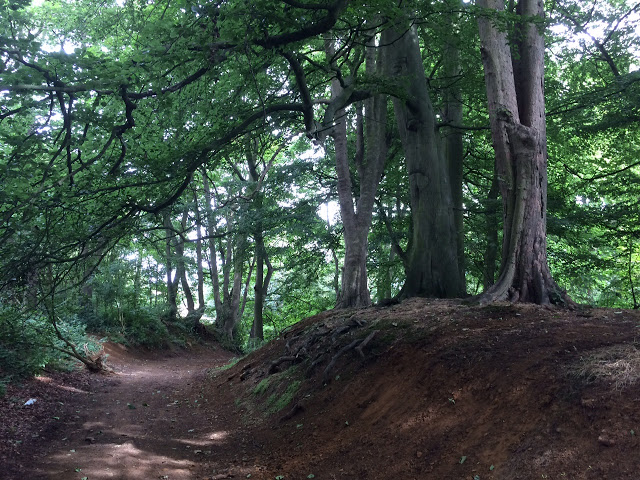 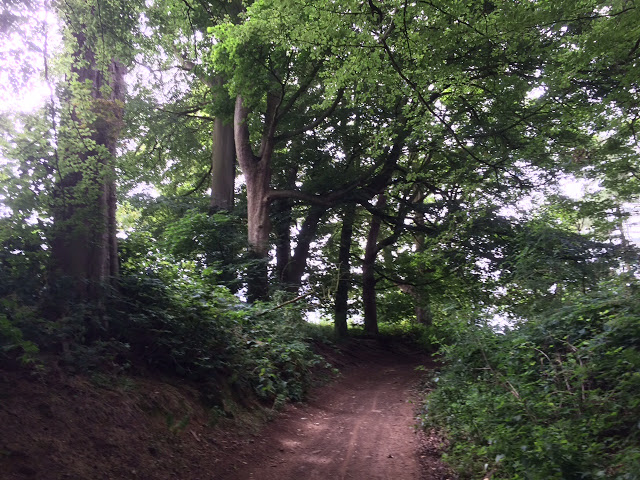 Then we reached The Drift, an old drovers road which is also a nature reserve. 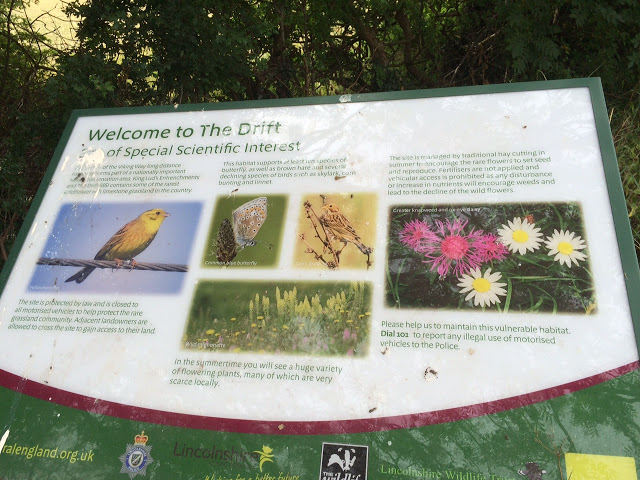 Johnny got very excited.
It was a walk through sunshine with flowers and butterflies. 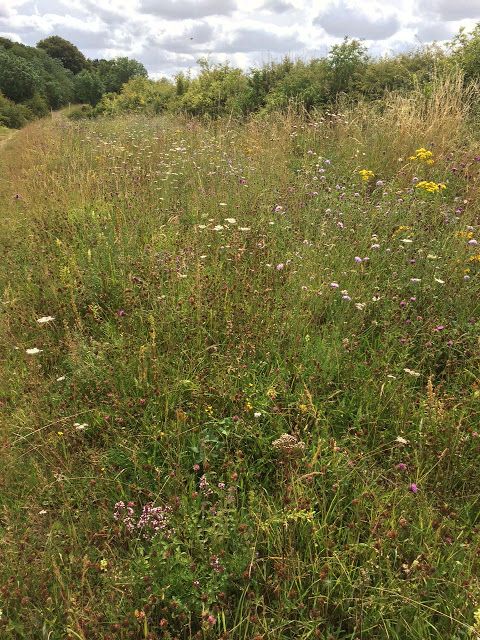 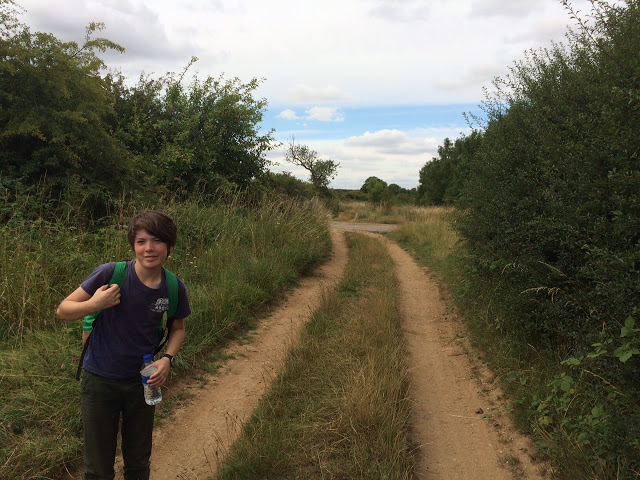 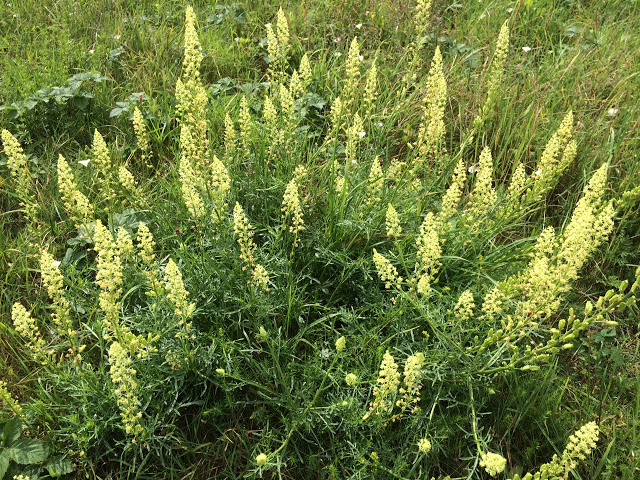 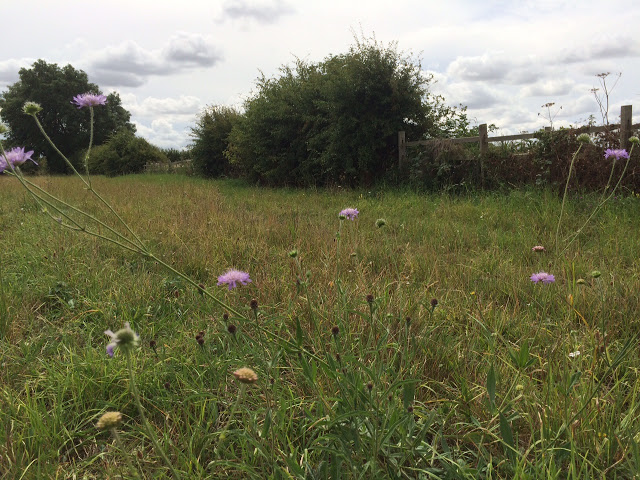 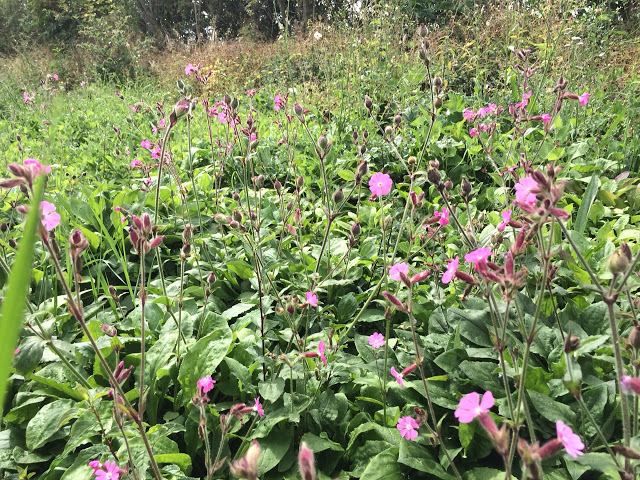 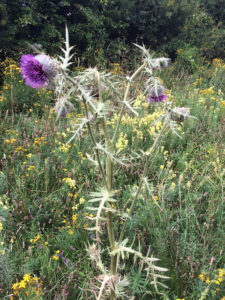 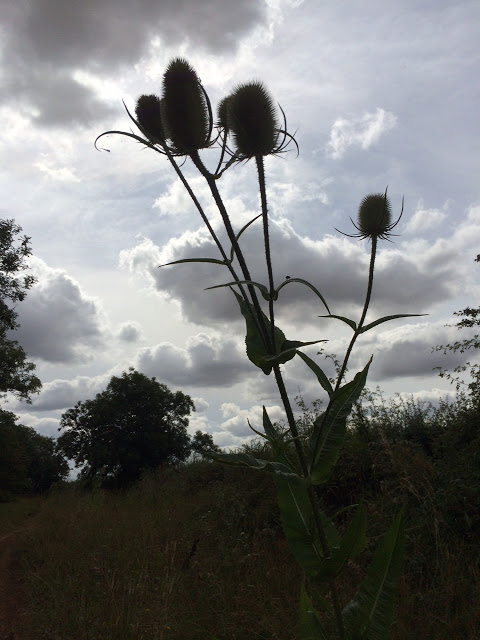 Teasel
There were, of course, many more. Johnny wasn’t only lagging behind because of his feet.
At one point a red kite flew above us, swooping back and forth above our heads, following us for about half a mile. 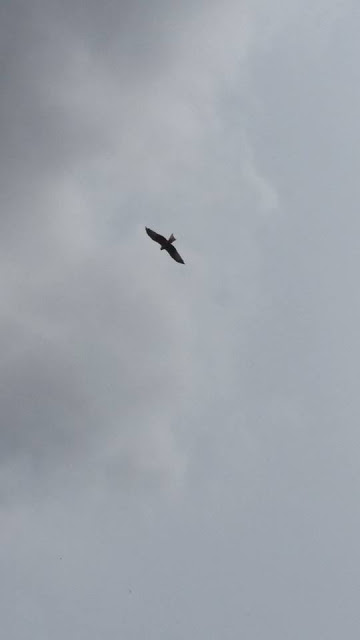 Lovely though it was, it was a long lane. Wilf and Johnny had sore feet. We were pleased to reach Sewstern where we were greeted by ponies… 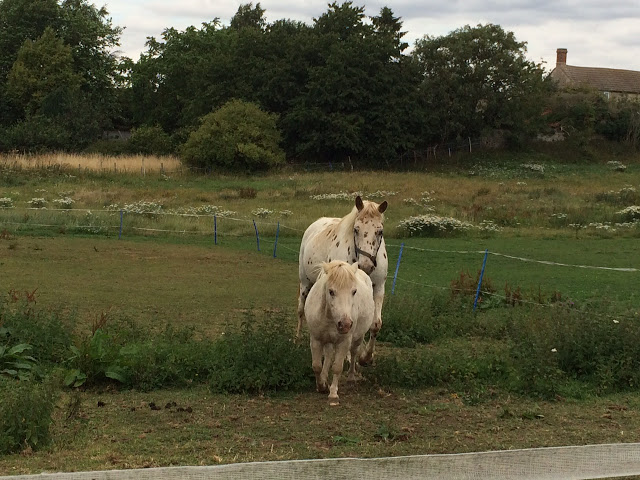 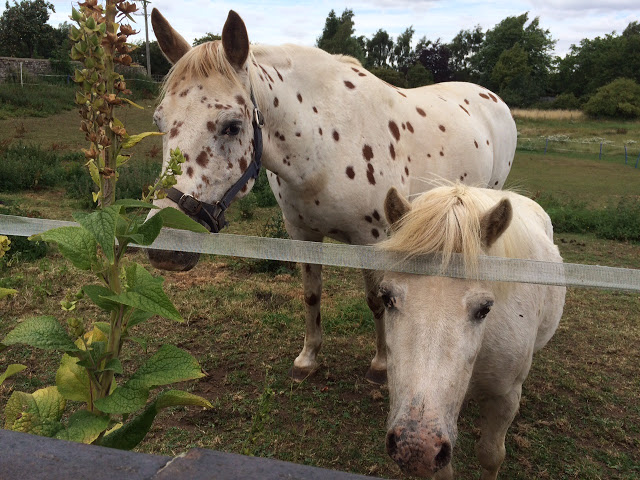 …  and welcomed by the Blue Dog. 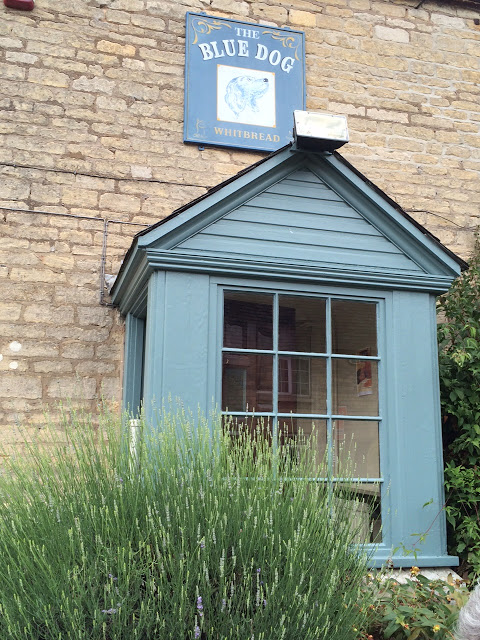 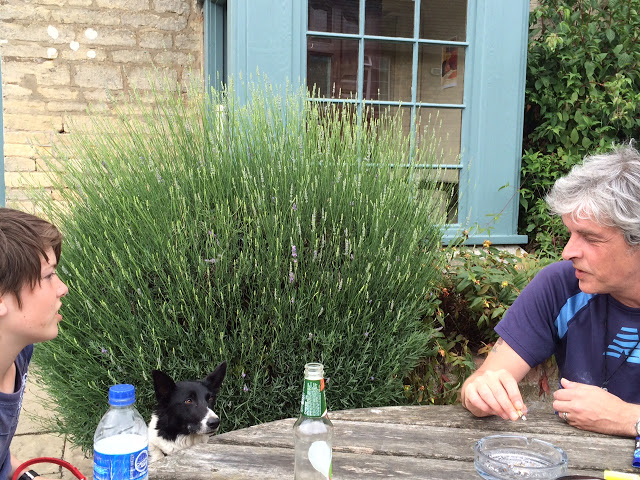 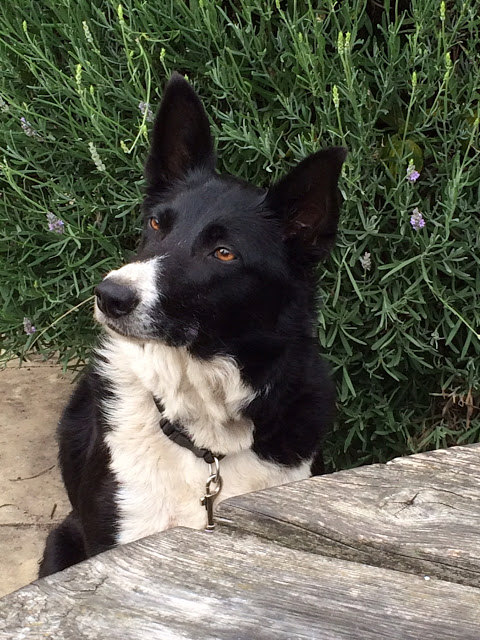 Our stay tonight is at The Blue Cow Inn 3 miles away. I looked up blue animals and found they are a feature of  the Grantham area. As well as the dog and the cow there has at some time been a Blue Pig, Blue Lion, Blue Horse, Blue Bull, Blue Ram, Blue Sheep, Blue Lamb, and Blue Man. It’s a political thing. They were all originally Whig pubs.
The last stretch of the walk was long and tedious – though it was only 3 miles it was along muddy tracks and on the road and we were hot and tired. We kept ourselves going with A-Zs of breakfast foods and one syllable girls names.
Eventually we arrived at the Blue Cow which is nothing like The Chequers. We were welcomed with huge portions of tasty food, the dog got almost more fuss than she could take,  and nobody was wearing a black dress.
14 miles
0 comments… add one