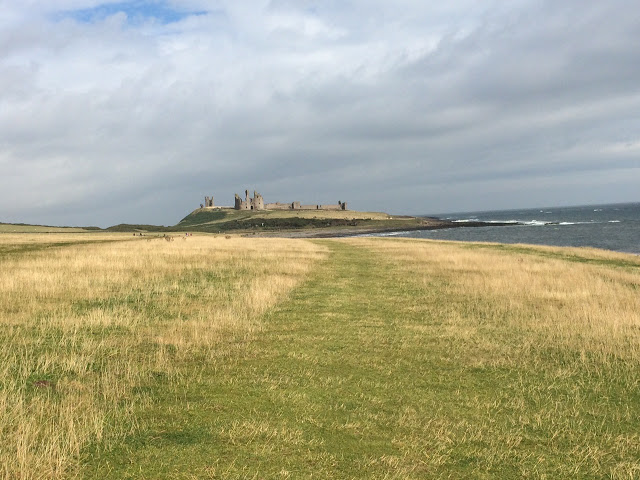 The BBC had threatened us with rain today, but although
there was some before breakfast, by the time we set off it was over. It was a
bit blowy, but set for another day of sunshine.
Dunstanborough Castle was up ahead. A romantic ruin painted
by Turner, decorated by cows, sound by seagulls, now photographed by more Turners. 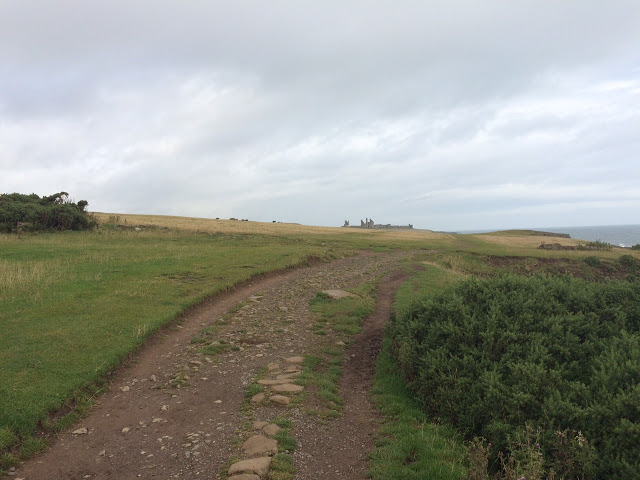 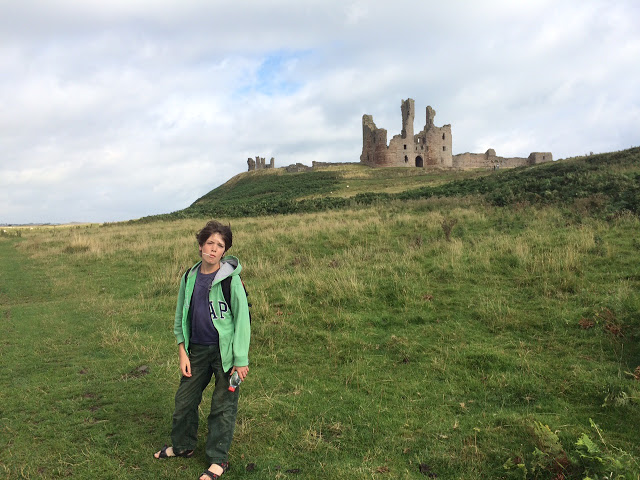 On the cliffs beneath the castle the seabirds were circling and shouting. Wilf thought they sounded  like a school playground at
break time. 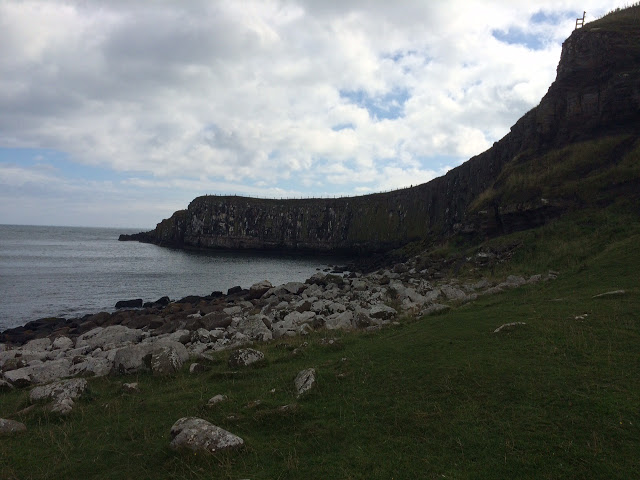 We walked along a lovely long beach – yes another! 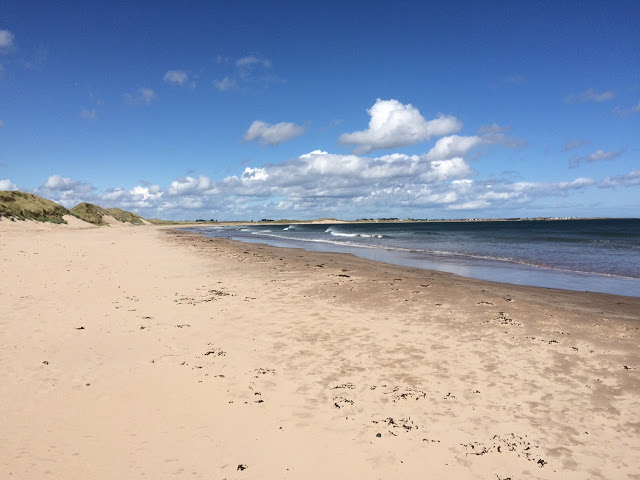 The dog
has swum so much these past few days, and she enjoys surfing too – she swims
out to fetch her ball and rides the waves back to the beach. The moment she
gets the whiff of salt water she gets excited. 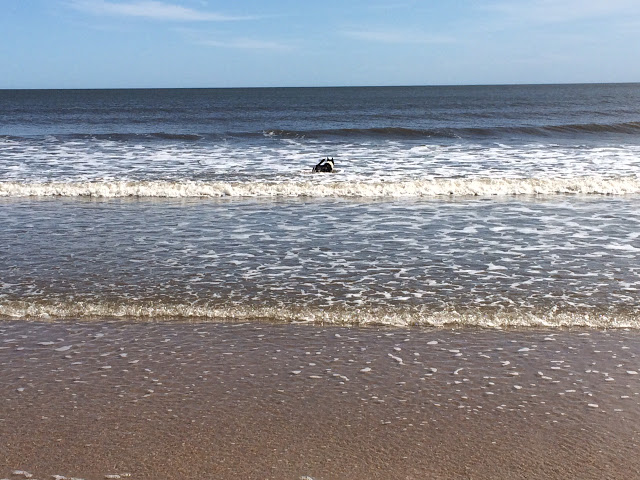 Low Newton by the Sea was very lovely and had nice pub, but really it was too early for a pub
break, so we carried on. 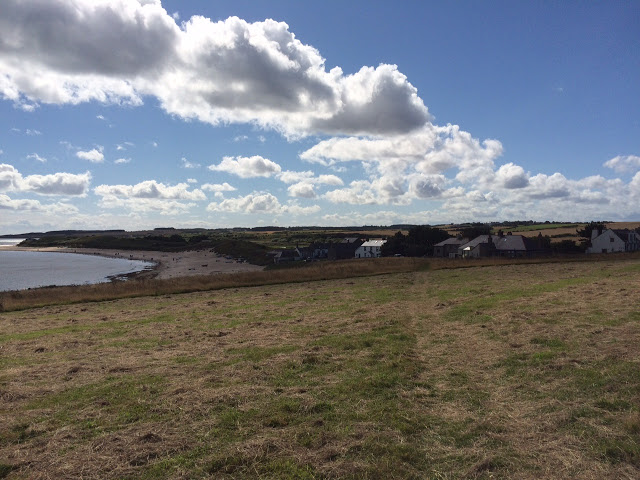 Johnny’s feet were really hurting him today. He thinks he’s
got some sort of injury, possibly plantar fasciitis. He’s hobbling and wincing
with each step.
Just another few miles of beach. 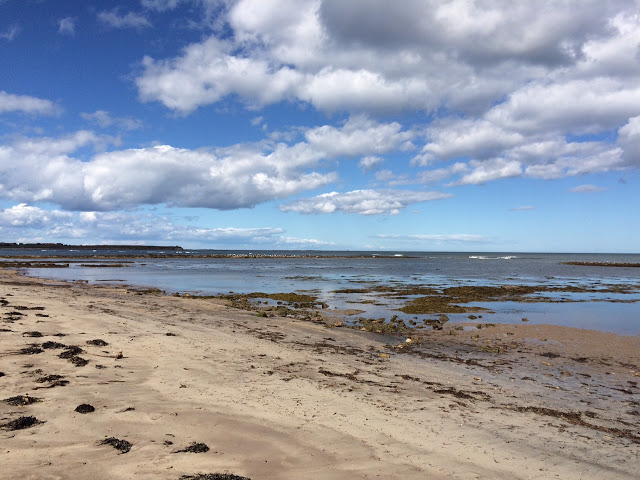 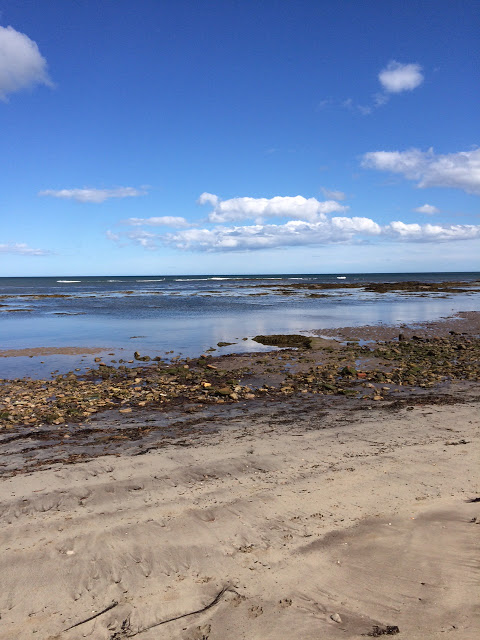 We stopped at pub in Beadnall, Johnny and Wilf both desperate for break. Some juice, crisps and a meeting with two Siberian huskies revived Wilf. but didn’t mend Johnny’s
feet.
We realised the guide book was wrong again and we
only had three more miles rather than six, which was a relief for some. I’m beginning to wonder if they
just randomly made up some distances to put in the book.
We walked along the beach into Seahouses and rested in our
B&B before going down to the harbour for fish and chips. 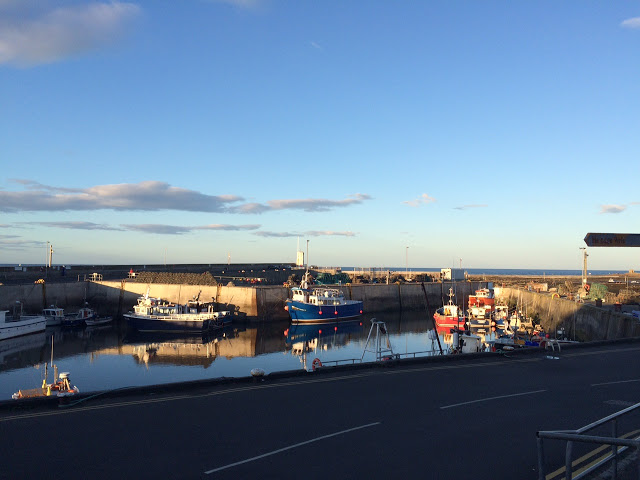