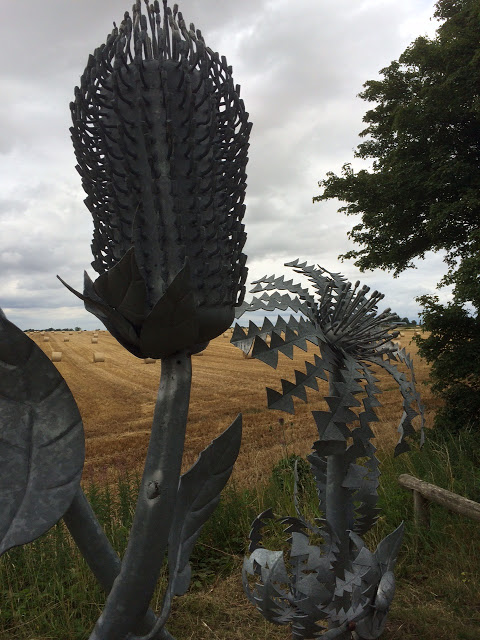 Today was meant to be a long one. I measured it on my phone and it was nineteen miles. Johnny’s feet weren’t up to nineteen miles. I’d done a bit of research in the evening and decided we could walk to Belchford, get a bus to Horncastle, then walk to Woodhall Spa, cutting six or seven miles off the total.
The only thing was you had to ring the bus up and say you wanted to catch it, otherwise it wouldn’t bother going into Belchford. And when I tried in the morning I couldn’t get through.
Then David, our host, said he was driving to Horncastle and would we like a lift? and we said yes please, a lift as far as Belchford would be great, then we could walk the rest of the way, cutting a different six miles off the distance.
But that’s not what David did. He drove us fast down A roads through Lincolnshire farmland, and before we knew it he pulled up at the side of the road and said ‘I’ll drop you here’ and we were in Horncastle. Which meant that we’d missed Belchford entirely and we only had seven miles still to go.
I was discombobulated. I’d kind of thought Horncastle would be a changing point where the scenery became more fenlike and less woldy, and now we’d whizzed past the last of the wolds in a car. And although I suppose we could have gone backwards, it seemed daft to go in the wrong direction.
Horncastle is made up of more antique shops that you’ve ever seen in your life – nearly every shop is an antique shop. Johnny’s eyes lit up. We could spend the time here, he said. What, with a dog and huge
rucksacks, you must be joking. I humphed out of the town, past a church and a sports centre and beside a defunct canal where a family of swans tried to cheer me up. 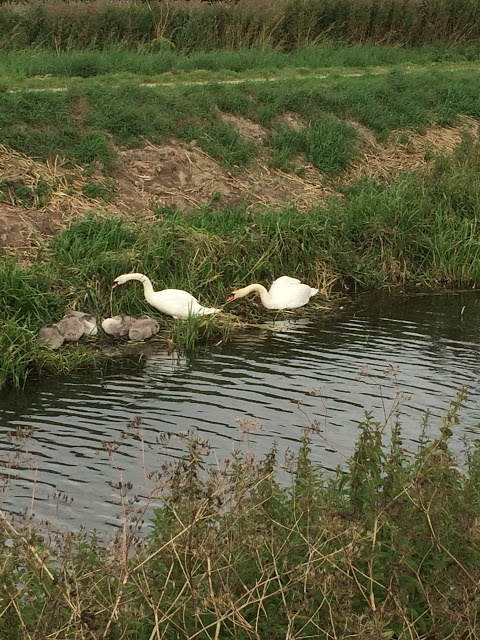 I was right though. It was different here. 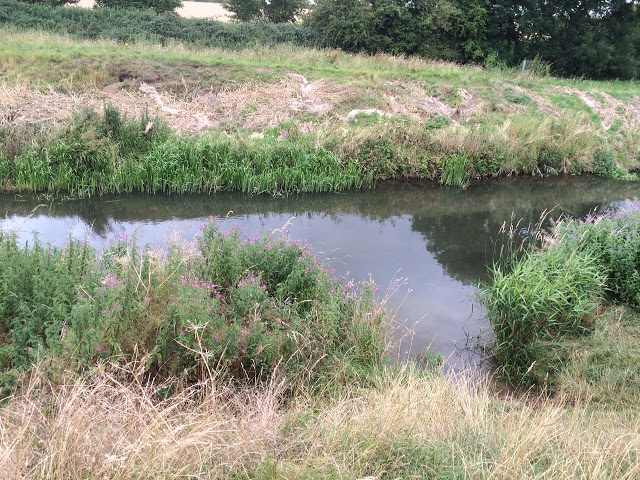 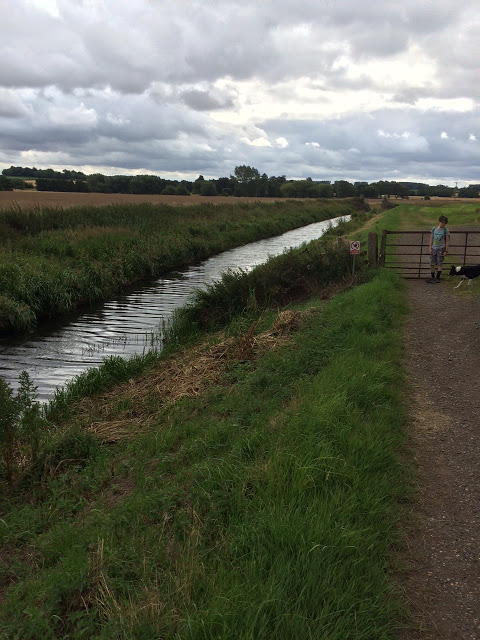 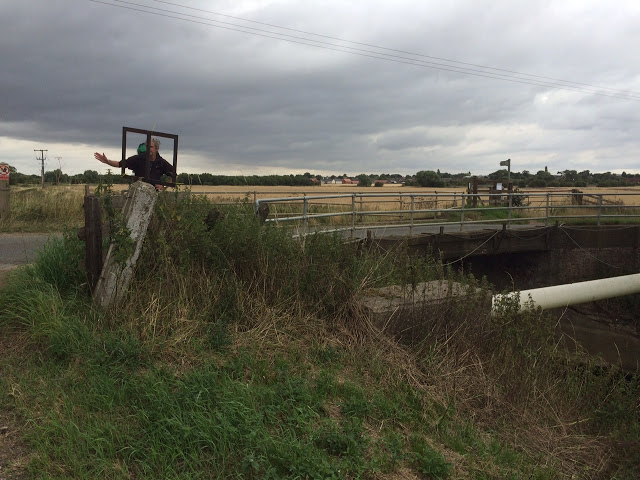 Most of the walk was along a disused railway which was decorated with artworks, and ridden along by families of cyclists. 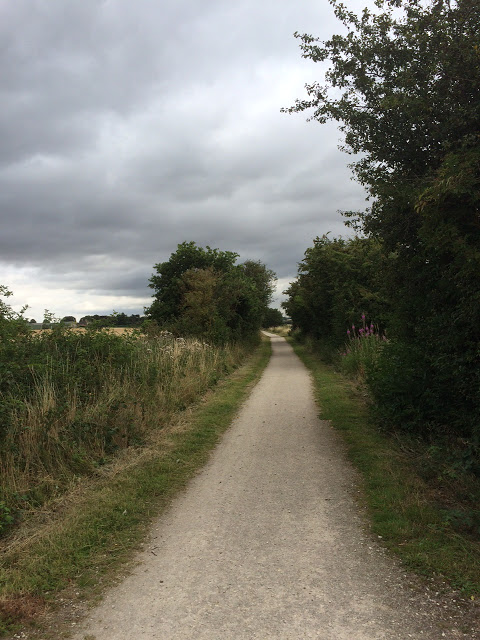 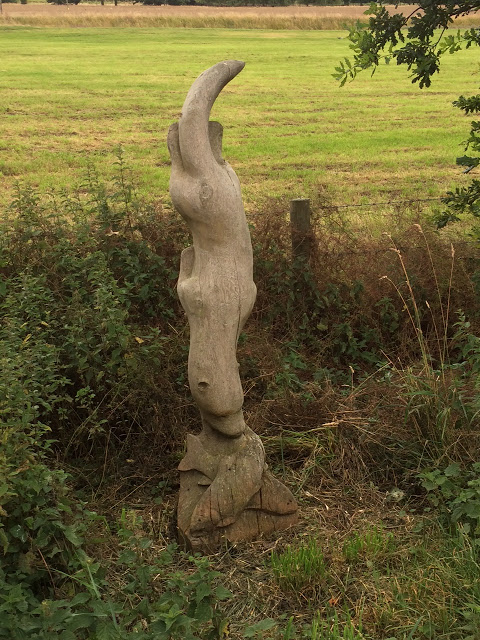 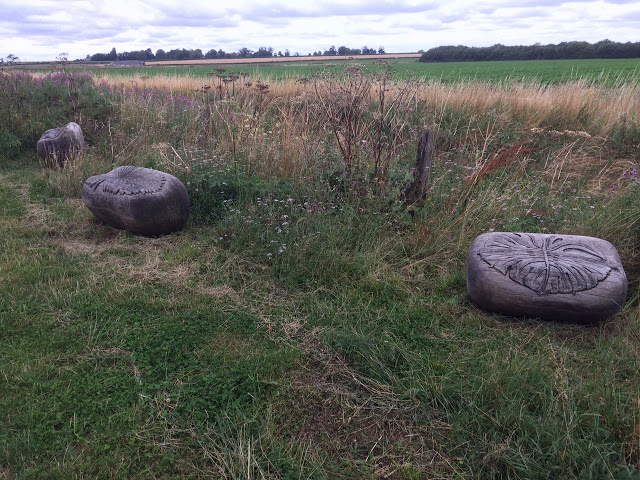 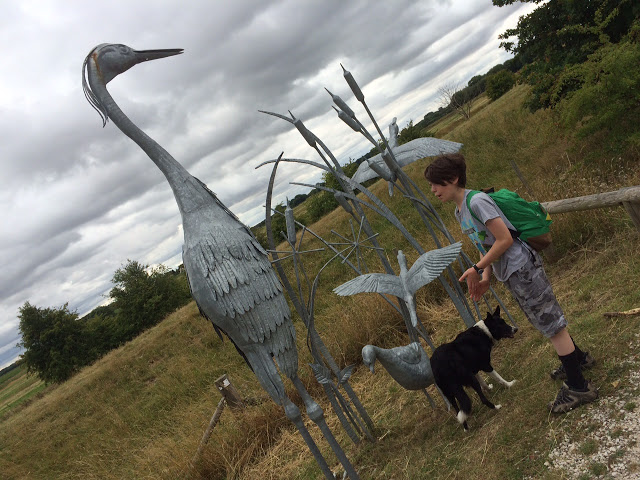 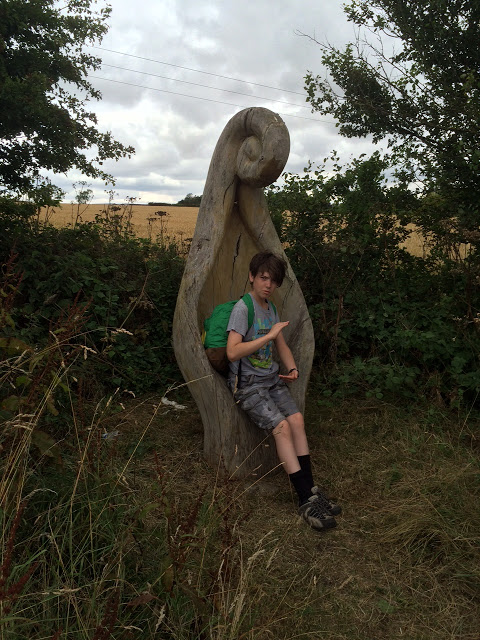 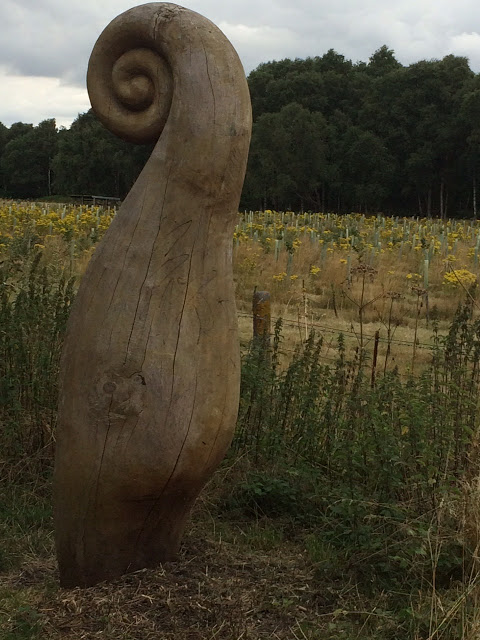 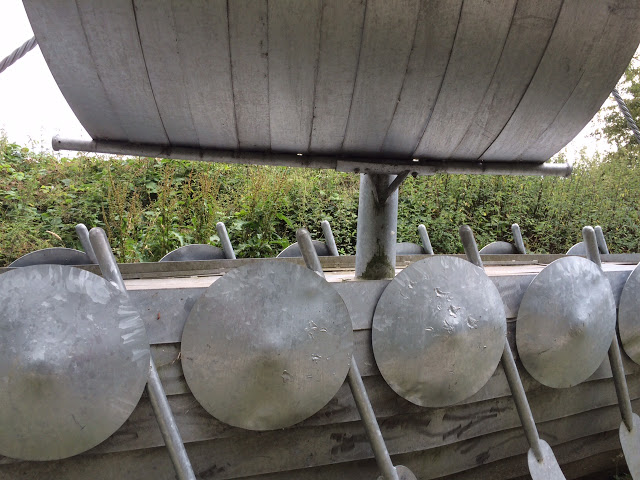 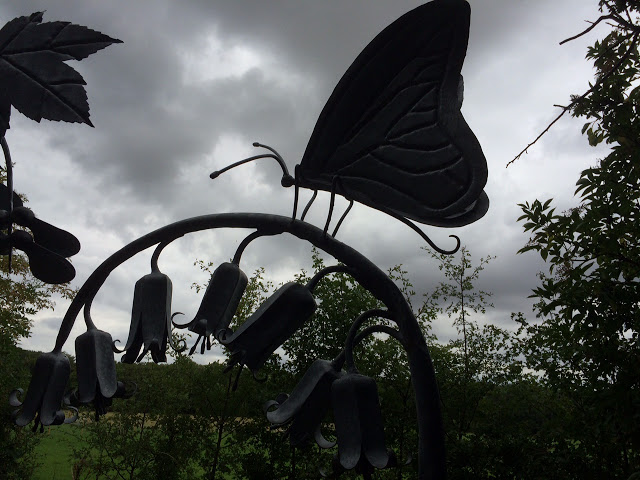 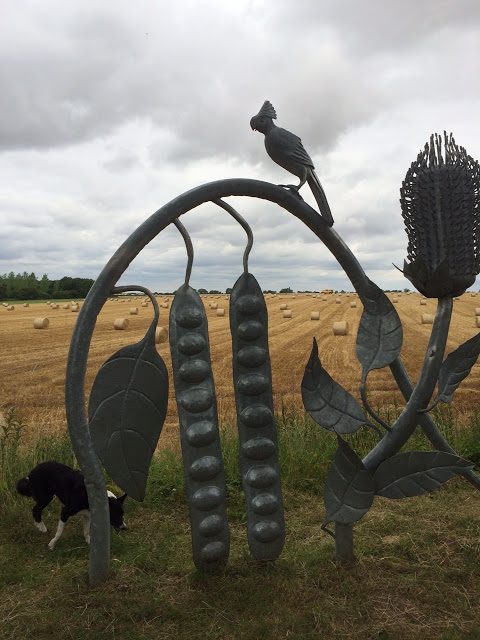 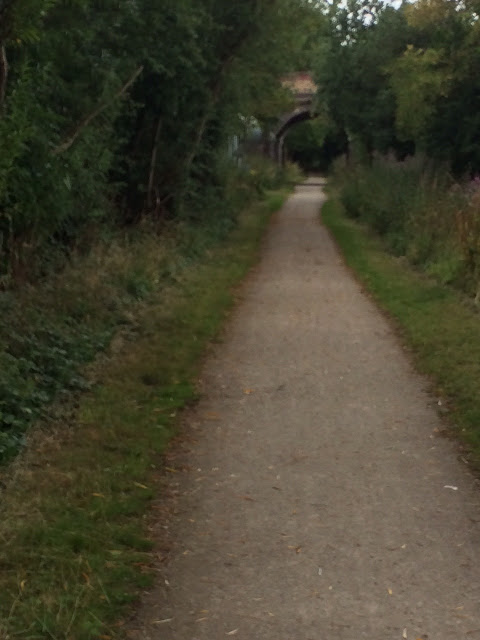 Then after a short stretch of road we were on the golf course of the National Golf Centre Academy, which was so lovely it almost made me want to take up golf. Well, almost nearly. And where we narrowly escaped death by golf ball. 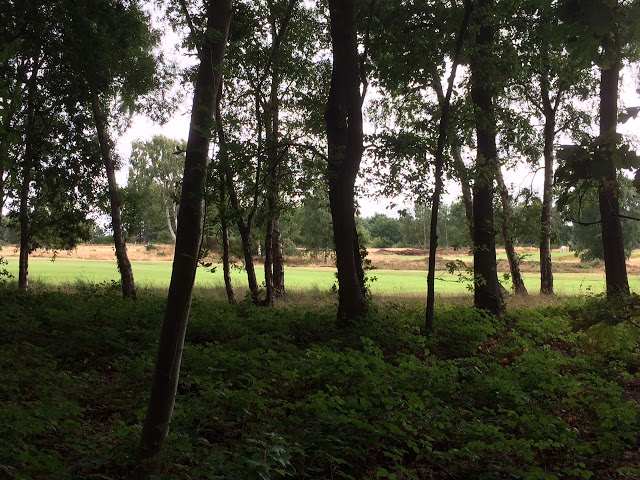 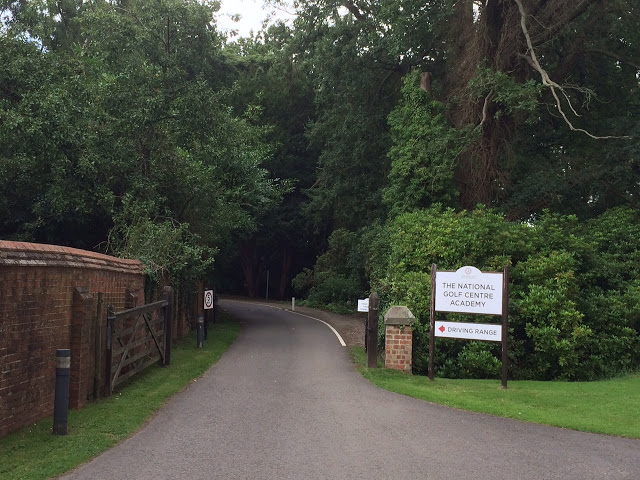 At the other end we came out into leafy, wealthy Woodhall Spa, Despite the short distance we were all feeling footsore and tired, so after a drink in the pub garden, we checked into our B&B. I spent the latter part of the afternoon reading Cafe Assassin by Michael Stewart, which is certainly kinder on the legs than the Viking Way.