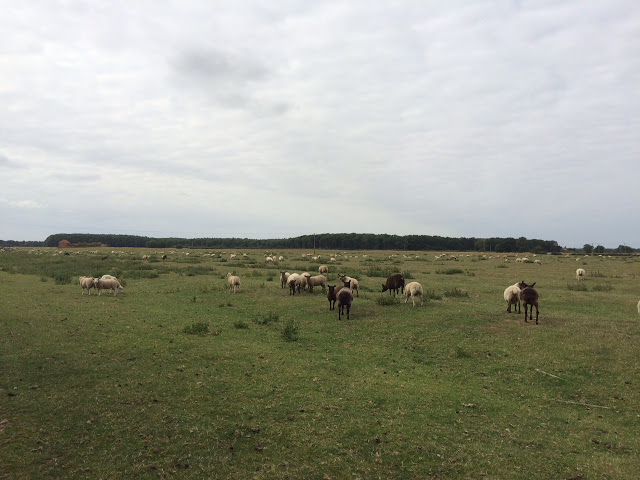 Our Bed and Breakfast in Woodhall Spa was called Oglee and was run by a friendly woman and her son Stephen. Stephen told us he had Aspergers, and many other things about his life, including his love of football and his cat Bagpuss. But mostly he wanted to talk to Betty. He appeared whenever she did, and she responded with true doglike affection. We were there for one night, but when we left he said how much he’d miss her, that he hoped she’d come and stay again.

We walked out of town. Woodhall Spa is well-heeled and well-groomed and we were neither. It was good to get out into the fields again.
The skies were huge and the land flat – sometimes pastoral, grazed by sheep in ancient ridge and furrow meadows; sometimes huge prairies of grain. 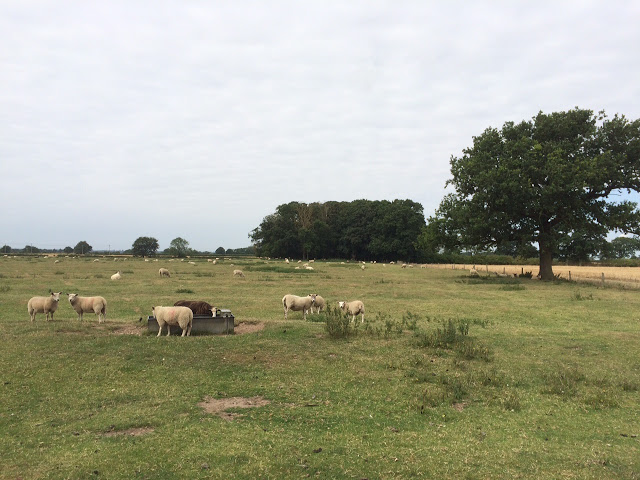 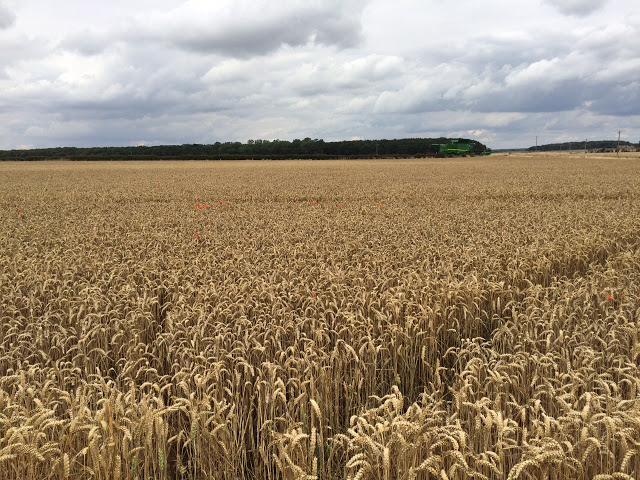 We walked through a village where this ‘duckpond’ was in someone’s front garden on Duckpond Lane. 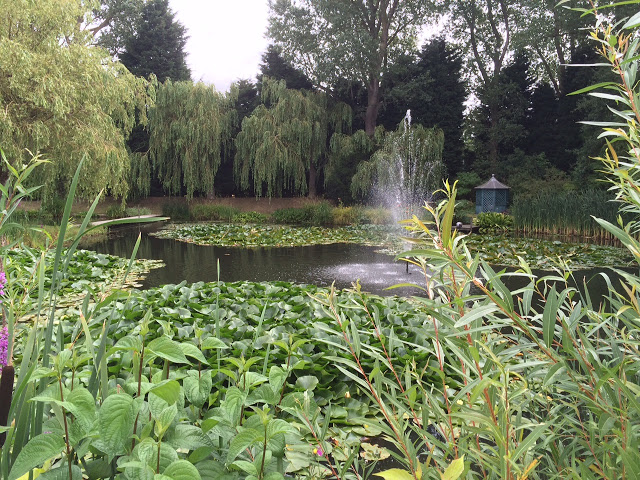 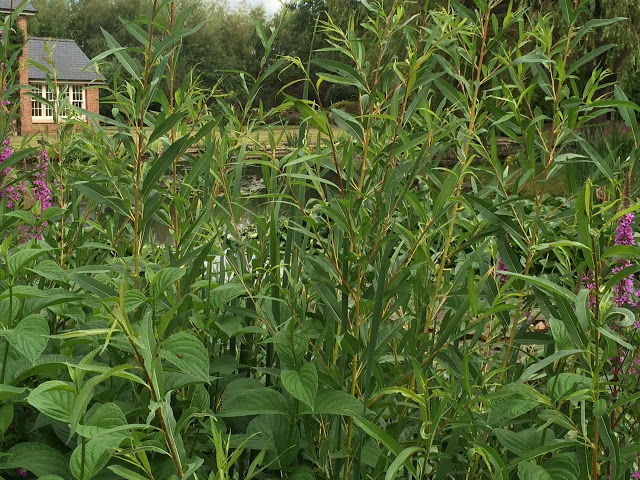 Along roads and over ditches. 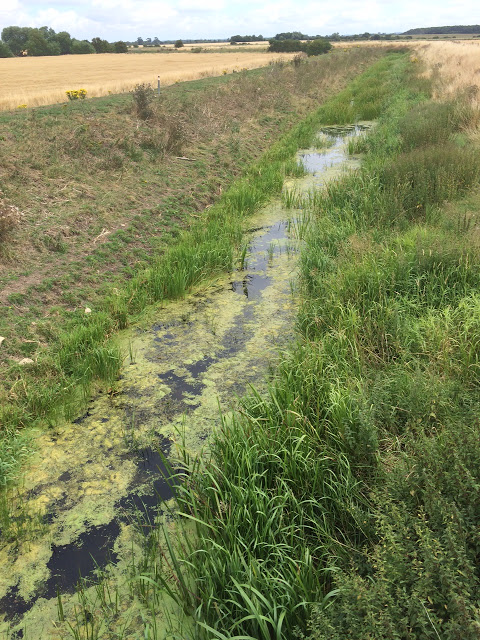 We’d seen a place on the map called Lady Hole Bridge and were looking forward to getting there so we could laugh in puerile fashion, hopefully next to a sign. But sadly the only sign said – Dogs Running Loose May Bite. There were six or seven of them and they didn’t bite us, but I think Betty may have got a nip. They circled us barking ferociously as we passed through an evil smelling farmyard, then squeezed between a rusting barn and an abandoned farm vehicle where the path was overgrown with thistles and nettles. It was a place to get out of as quickly as possible and certainly didn’t deserve its wonderful name.
Before long the path went through a field of cows and Johnny didn’t flinch. He opened the gate and walked though and no one would have guessed where Poppy got her fear of cows from. 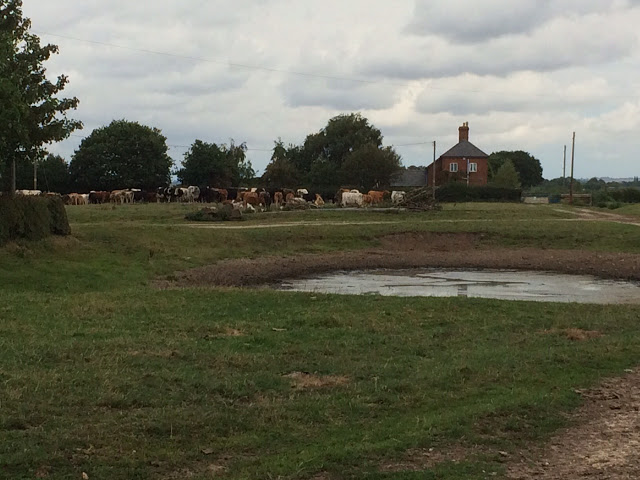 But it was a good thing this sign was on the far side or he might have been less willing. 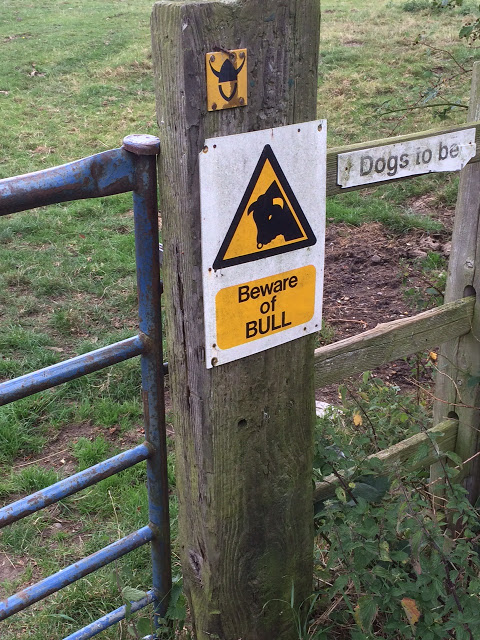 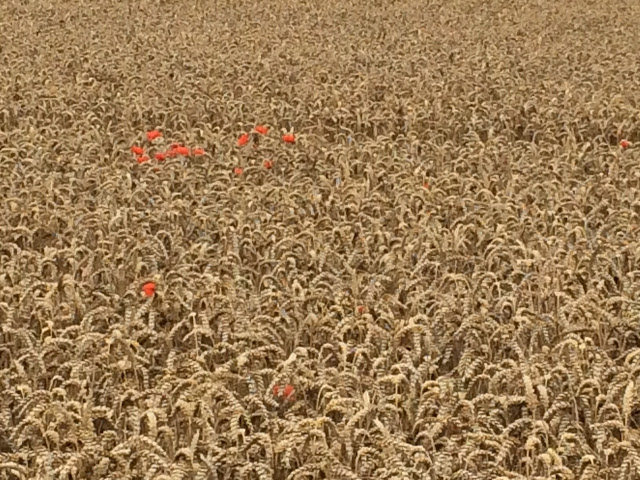 Eventually Bardney and its sugar factory in the distance. 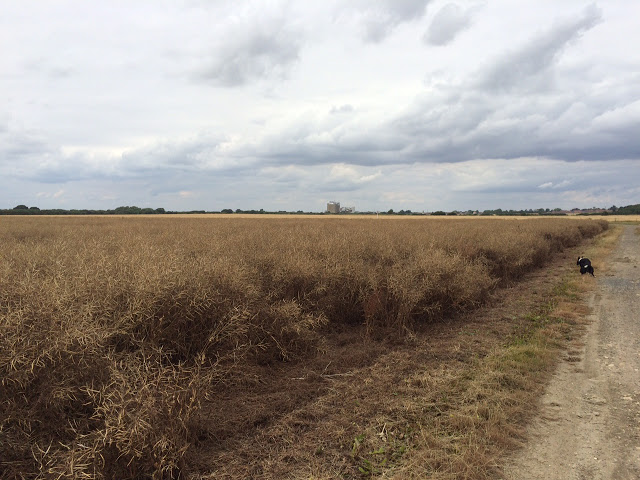 (spot Betty having a wee)

We were pleased to arrive there. Johnny’s feet were better today, but he’d still had nearly enough. Wilf was thoroughly fed up of thunder flies and ready for a good rest. We had a beer in the pub garden in Bardney, then caught the bus into Lincoln and made our way up Steep Hill (which is steep!) to the old part of town and our B&B.
After a rest we went to the best chippy in the UK and had some very good fish and chips. 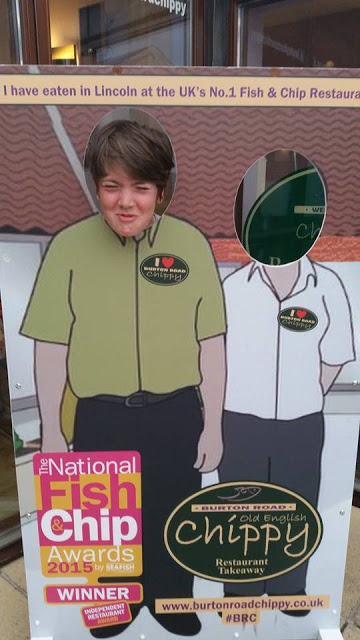