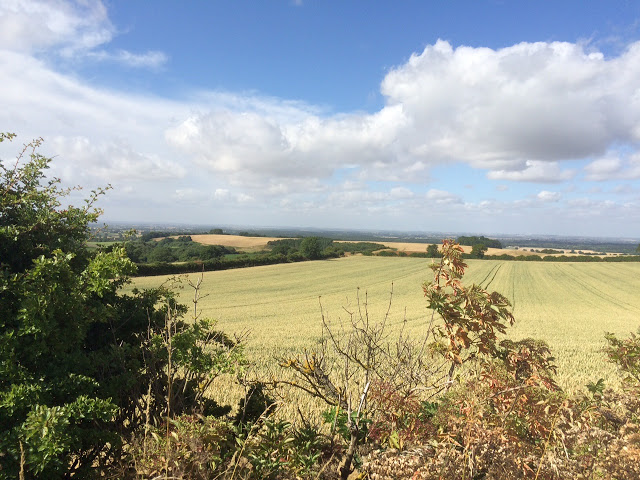 The lovely Irene packed us into her tiny car – four people, three rucksacks, two dogs, one of each of the latter underneath the parcel shelve in the boot – and drove us back to the path in the picture book village
of Tealby. 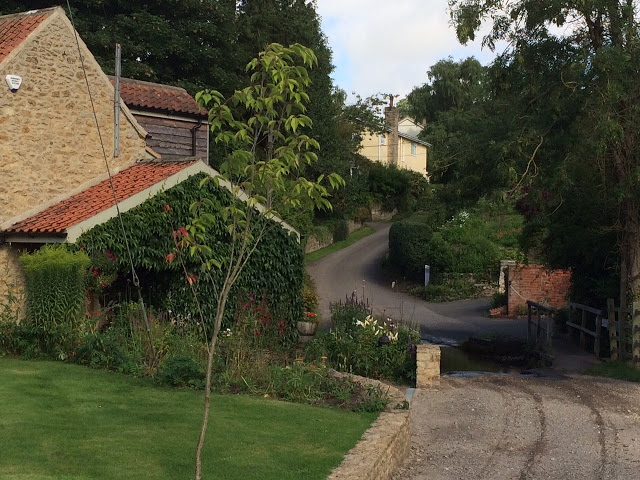 Irene has an Olde Worlde sign in her breakfast room saying No Singing, No Dancing, No Swearing. We spent the first half mile of the walk thinking up the Breakfast Themed Songs we might have sung if we were feeling rebellious. I started off with renditions reminiscent of Gilbert and Sullivan and Rogers and Hammerstein, but soon Johnny joined in with the punk version, followed swiftly by hip hop, blues, rockabilly, opera. Wilf did death metal and country. We laughed ourselves silly on the way up Bully Hill, which is a respectable hill for  Lincolnshire. 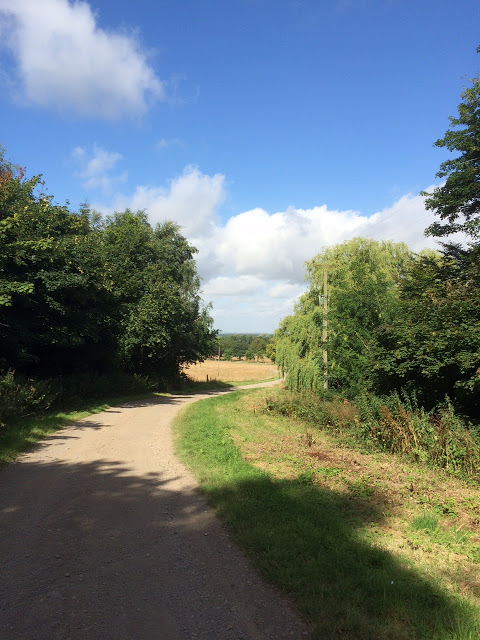 The cows stared at us. 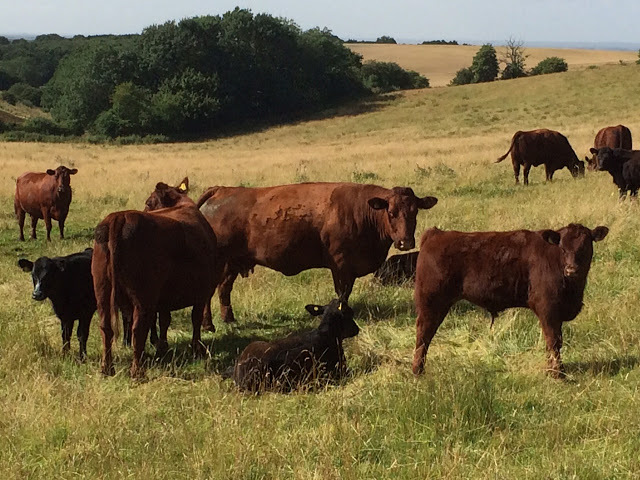 Soon the path turned left along the fields and we were joined, on the other side of the fence, by a crowd of lively bullocks, who kept pace, running and bucking and scaring the life out of Betty who ran ahead with her tail between her legs. 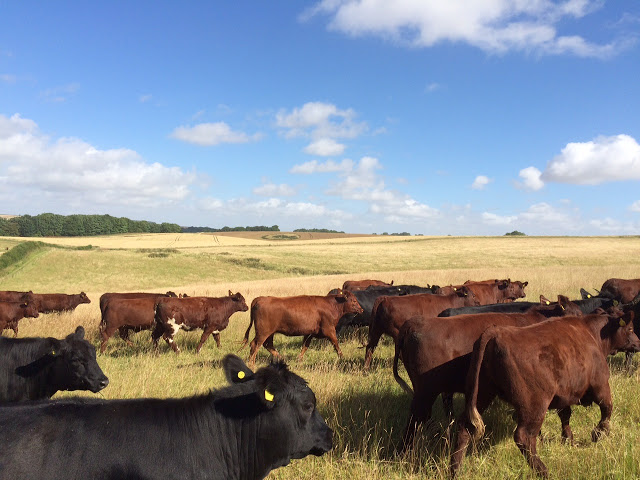 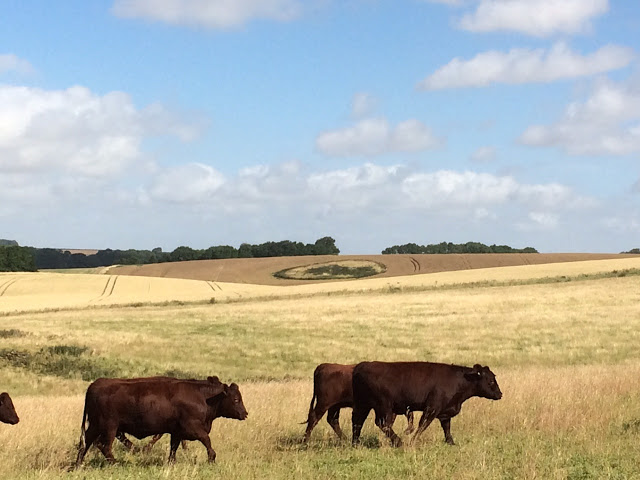 We saw a hare which ran towards us, then stopped and posed in profile for a few seconds before disappearing into the wheat. I didn’t want to spoil the moment by fiddling with my phone, so no pictures I’m afraid. It was the first of four hares we saw today, although one was already roadkill.

We hadn’t much food with us, but that was OK because four miles in was Ludford, a big village, bound to have a shop. Wrong! It had a pub which was closed down, a school – also closed down, a churchyard, a house with the words fish and chips painted on the side which wasn’t a fish and chip shop, and another pub which only opened in the evenings. I accosted a man and he laughed and said the shop closed down years ago. But he took me to his house and gave me a bottle of water and told me the pub owners used to live in Hebden Bridge.
When I returned with the water Johnny was chatting to the pub owner who was wearing a top which said Stubbing Wharf on the front – the name of our local in Hebden by the canal. She moved away 13 years ago, the year before we arrived.
We walked on. Johnny’s feet were very painful.
We tried various types of road surface. 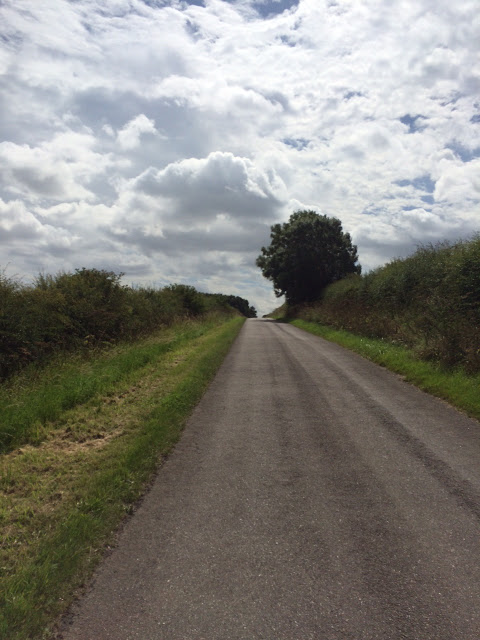 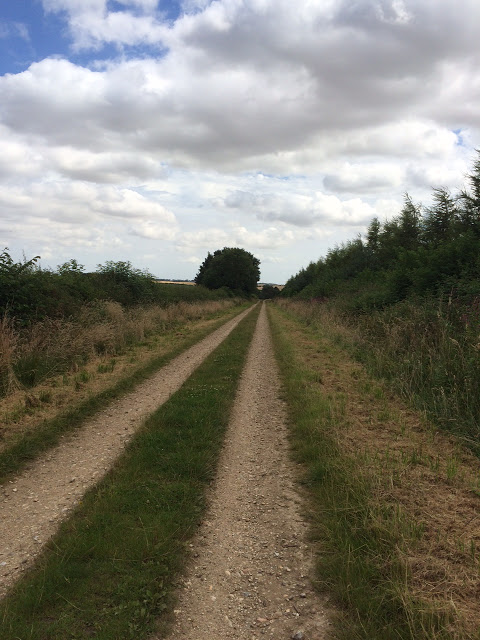 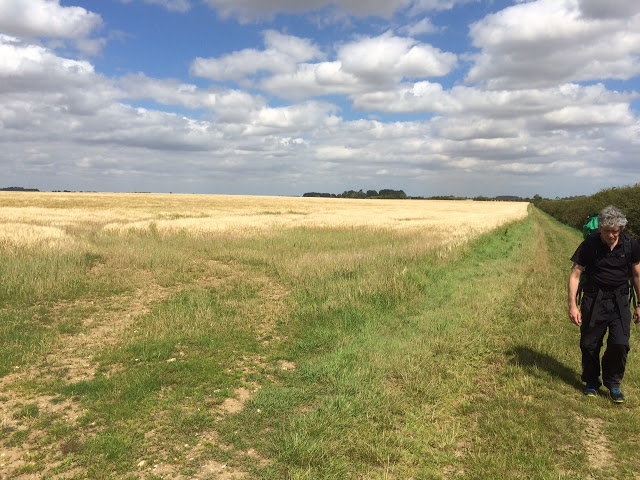 But none of them made him feel any better. Though this did make him laugh. 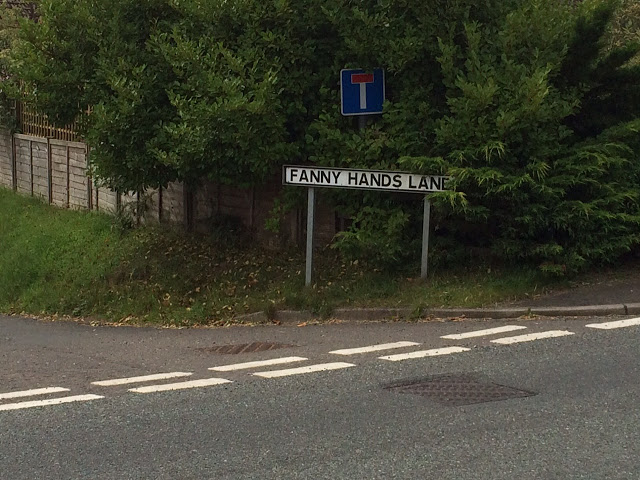 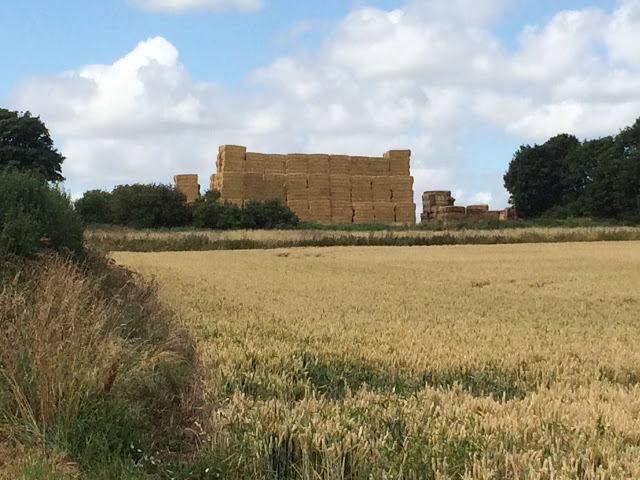 I was enjoying myself. It was more varied than on previous days, with medieval villages, lakes, cows and isolated churches. 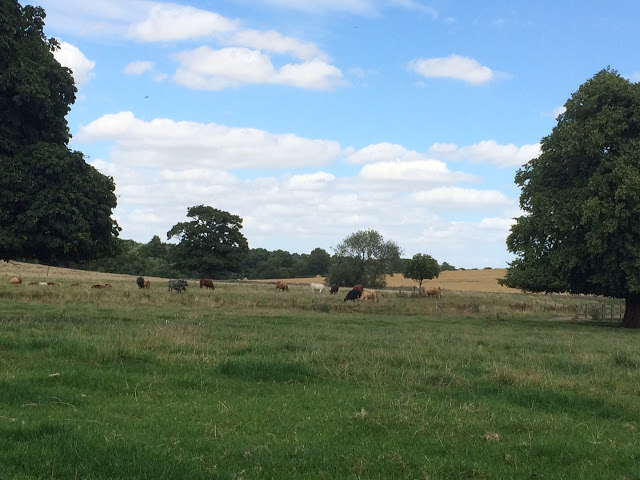 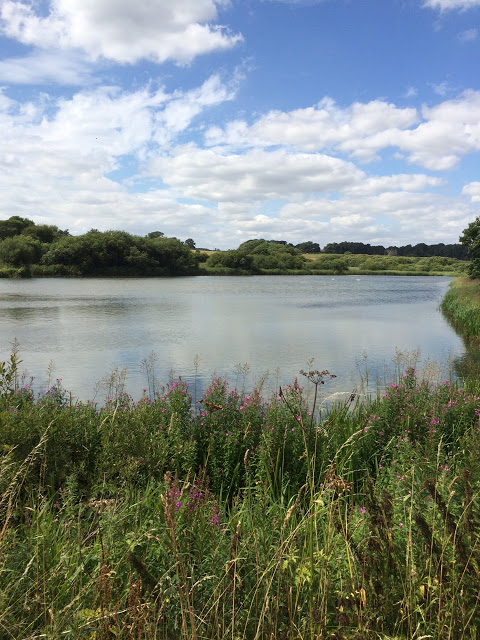 Wilf was pleased to see water too. 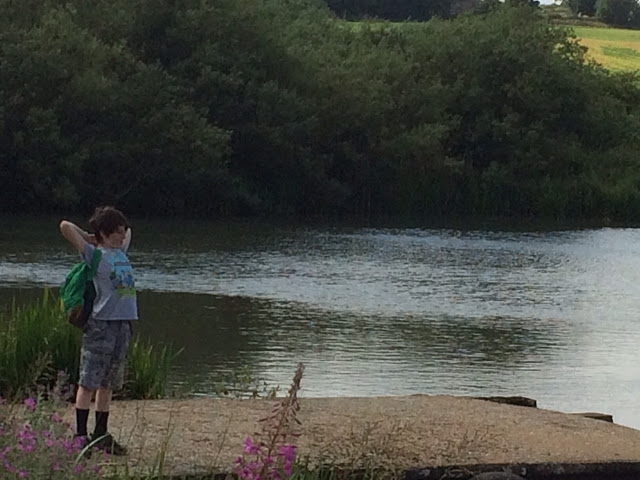 But we were all glad to get to Donington Bain. The question was – would there be a shop? We found the post office – but it closed on Wednesdays at 1pm. It was 2.15pm. We sighed. Maybe a pub – but no, that was closed too. Maybe a bench where we could sit down – and Hallelujah! – next to the bench was an off licence with a friendly owner who sold us sandwiches and cold drinks. Johnny took off his socks and shoes and another layer of skin.

But we weren’t there yet. After a long trek up a hill … 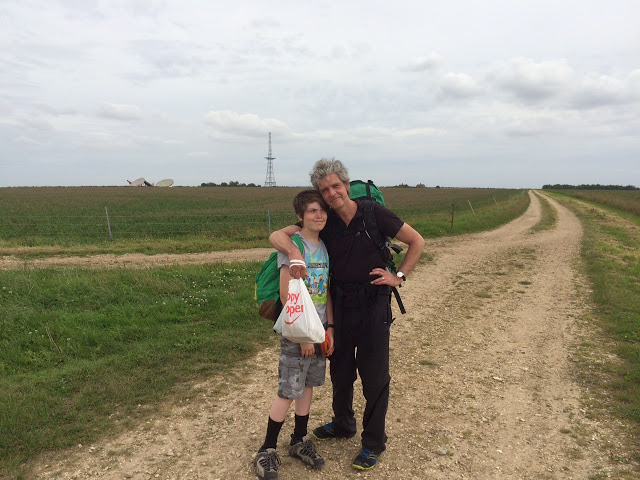 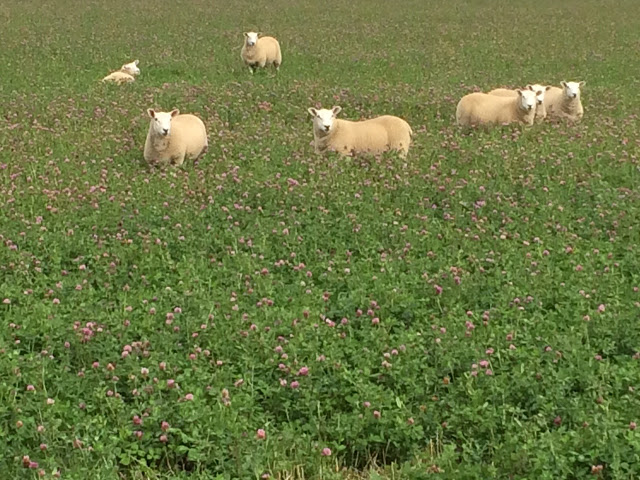 Eventually we arrived at Hideaway Cottage where we have whole cottage to ourselves. Unfortunately we didn’t think to bring a bottle of wine and it’s too far to a shop, but heyho, there’s ice cream in the freezer.