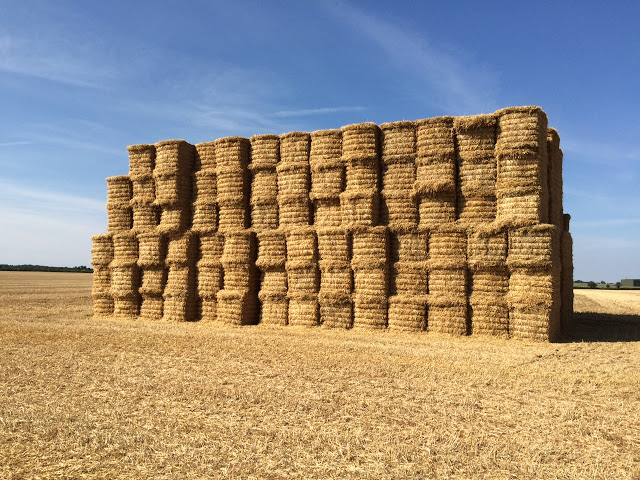 We left the Blue Cow through a gate in the corner of the pub car park and followed a footpath through some fields. This was fine for a while. We saw other dog walkers and it was obviously a popular morning stroll. Then the path reached a road and the other dog walkers turned back. The path was meant to continue across the next field, but the farmer must have realised that nobody ever went that far and he’d ploughed up the path along with the rest of the field, which meant we had to walk across a huge ploughed field in the morning sun.
By the time we reached the gap in the far hedge I was ready to cry. Both Wilf and I were pouring with sweat. Johnny was completely dry and didn’t see what all the fuss was about. We crossed the road to find the path continued across yet another ploughed field.
I felt ready to give up there and then. In the whole ten days this was the worst moment. I trudged on, eyes on my feet, the dog at my heels, both of us trying to avoid the stalks sticking out of the mud, the sun
beating down, half an eye on Johnny up ahead so as not to lose direction.
Eventually we rejoined the Viking Way and the path became the familiar field edge. Wilf cheered me up with an A-Z of one syllable boys’ names (much easier than girls’). 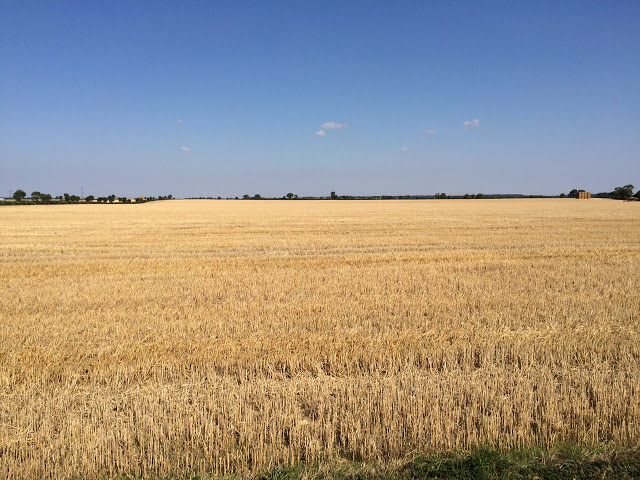 The walk improved from then on, passing through the villages of Greetham, Exton and Whitwell in quick succession.

There were huge trees. 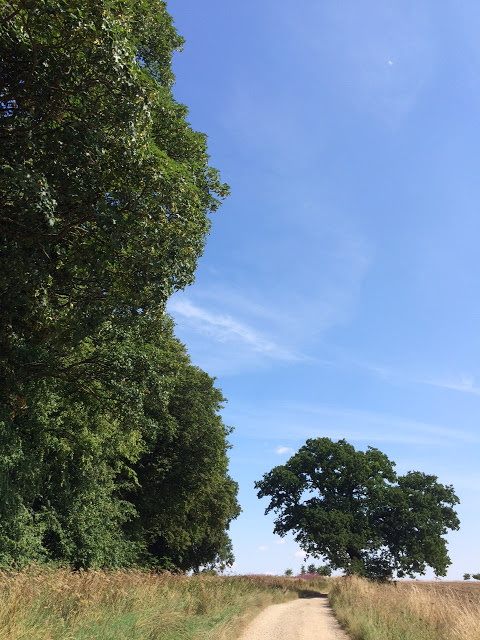 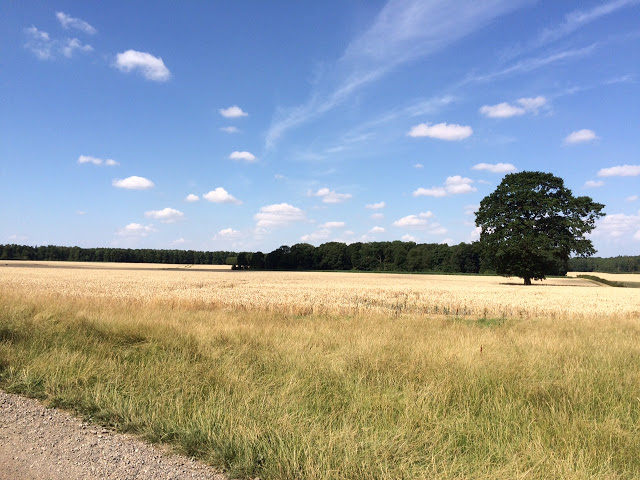 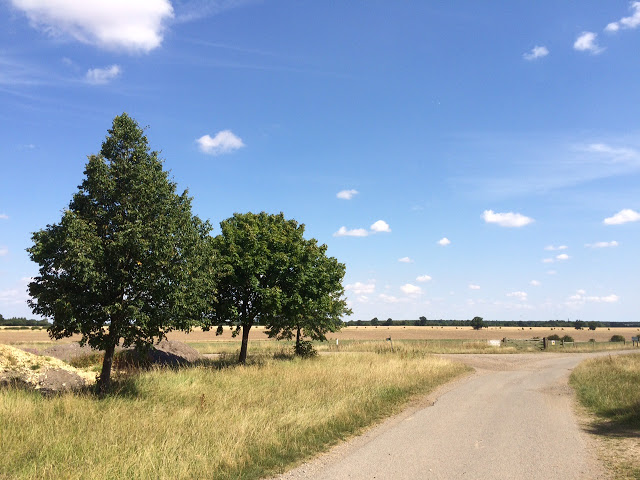 More ploughed fields, which luckily we didn’t have to walk across, and which were populated by seagulls. 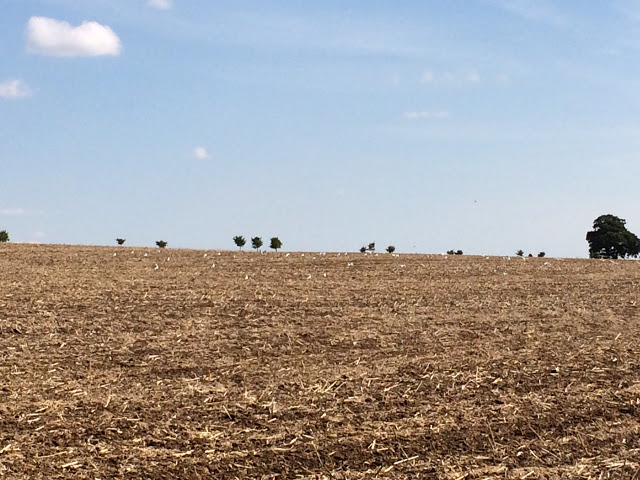 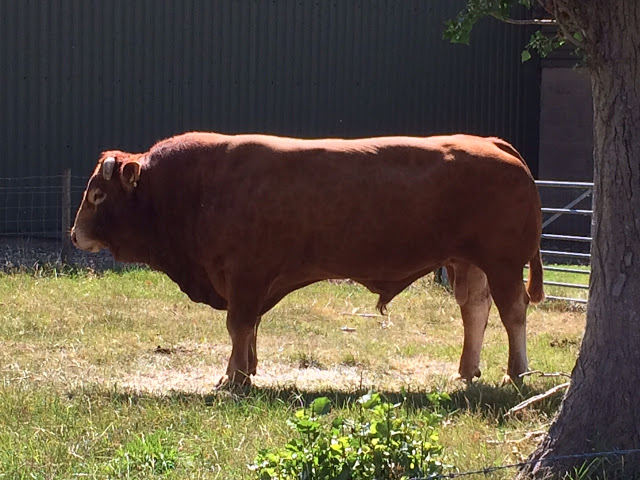 The guide book said that Exton was the prettiest village on the whole walk, and maybe it was right, but it was a bit too chocolate box for my taste. 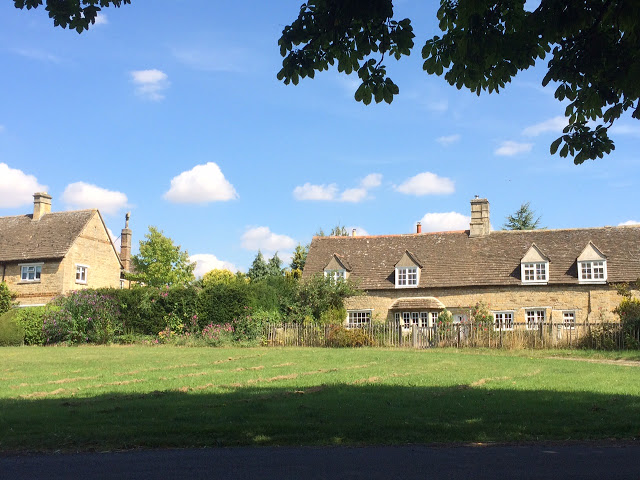 After a short stop in Whitwell we walked down to where the Viking Way reaches Rutland Water. 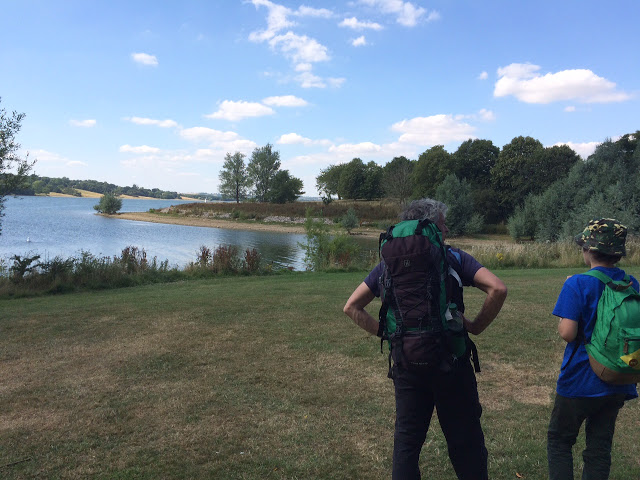 It was a hot day in August and the car parks were crammed. There were people barbequeing, walking, playing games, buying ice creams, cycling.  It made us realise just how few people we’ve seen in the past ten days. A few years ago we walked the Coast to Coast path from St.Bees Head to Robin Hood’s Bay, and we met loads of people. The path was rarely empty ahead or behind, and every B&B had other coast to coasters staying there. We’d met one other couple doing the Viking Way. We’d walked paths for mile after mile and not seen a soul. Rutland Water was definitely a culture shock.

Although there were only geese in this bit. 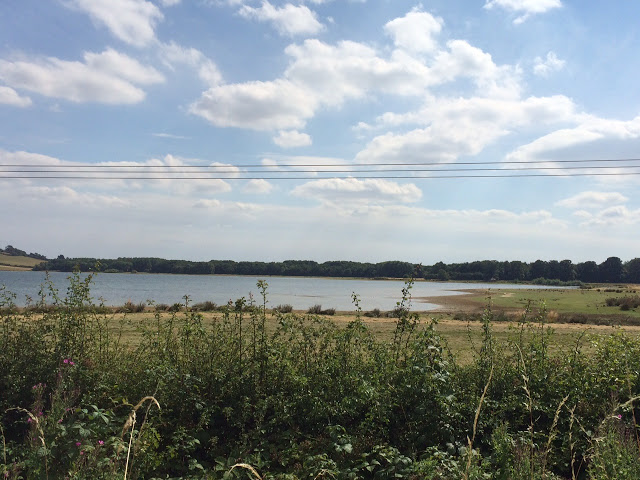 We walked for a mile or two before stopping to eat a picnic we’d bought in the shop in South Witham (yes, a village with a pub and a shop!). Our plan was to get the bus along the last stretch to Oakham. However, when we reached the road there were no bus stops. It was a fast A road. Walkers and cyclists were catered for with a good path at a reasonable distance from the traffic.

Three miles still to go and we’d thought we’d done. The path was mostly in full sunlight. We saw the bus we’d hoped to catch pass us at speed – no way of flagging it down.
It was a long hot slog . Wilf and I cheered ourselves up with an A-Z of superpowers, and Wilf did a hilarious performance of the A-Z of noises you make on the toilet.
Eventually we reached Oakham. 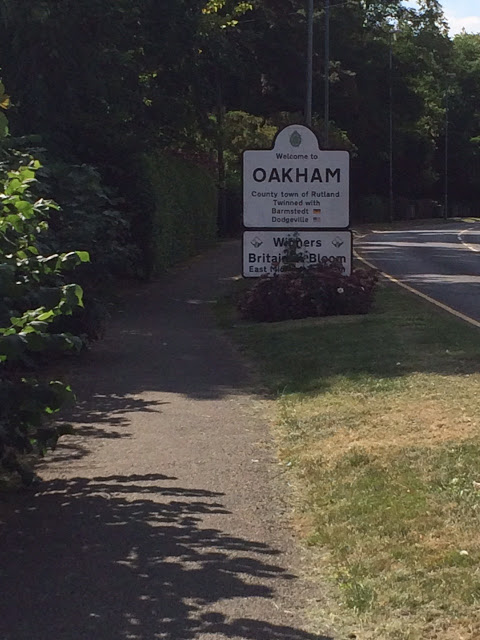 We signed a huge leatherbound book in the library to say we’d completed the Viking Way – there were only three pages filled since last year –maybe ten or twelve entries. 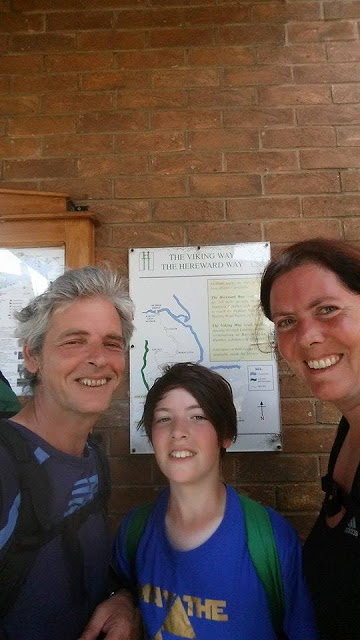 Then we sat down in a pub garden and celebrated before getting the train back home. 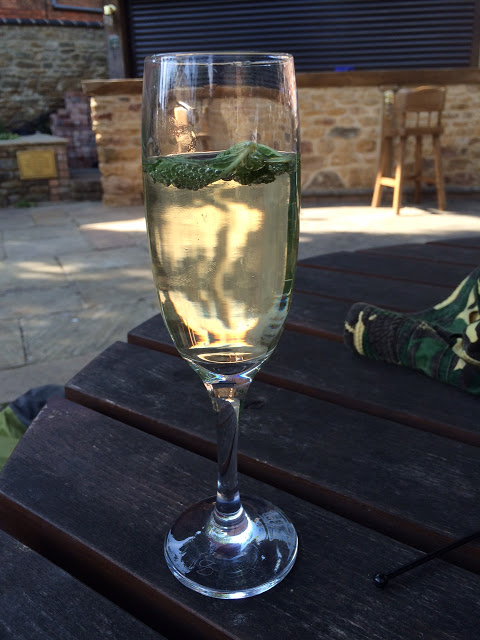