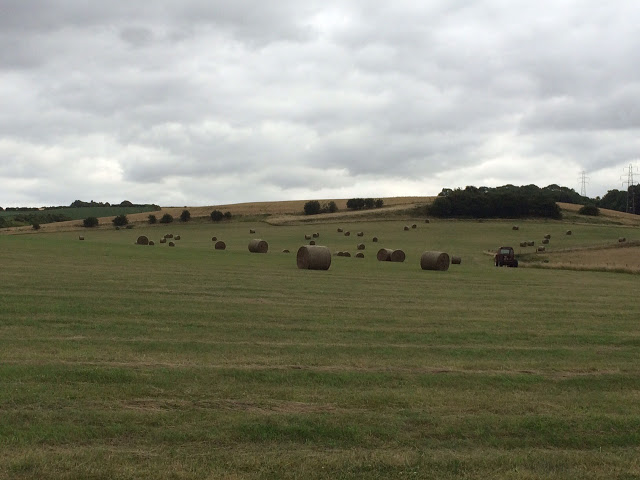 Johnny started the day wondering if he could walk to the end of the drive. He has blisters on the balls of his feet which hurt with every step. He bought new shoes for this walk and hadn’t tested them out. It’s always a good idea to give new shoes a trial run before setting off on something big.
Just saying.

Barnetby was a place of many horses, including this chap pretending to be a zebra. 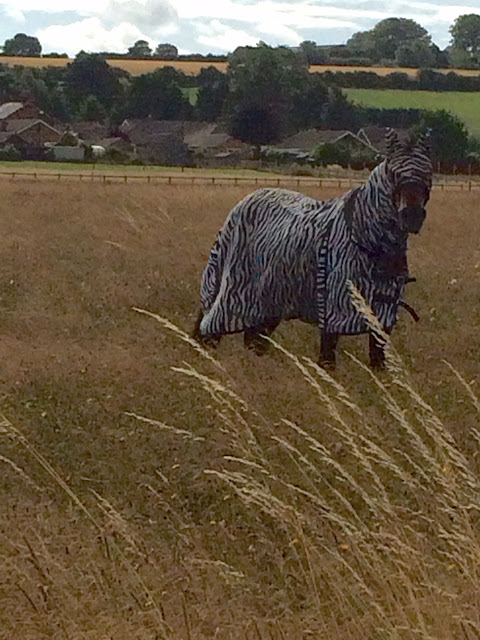 The walk included more field edges, but we had maize and beans today as well as wheat, rape and barley. There was even some pastureland with grazing sheep, and cows in the distance. And one field with a ‘humble’ monument erected to celebrate a 29 year marriage in 1770. 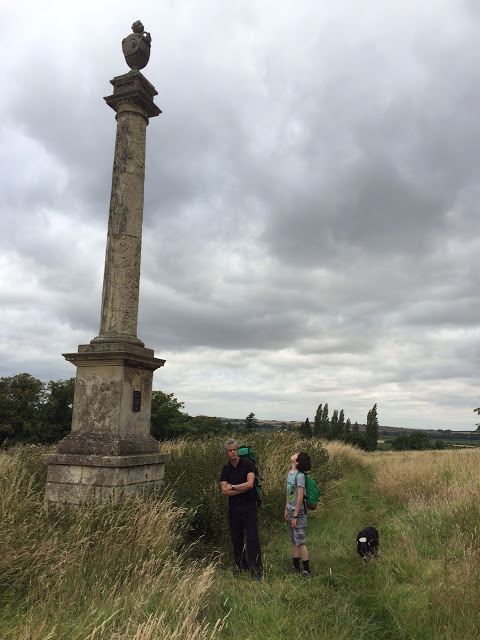 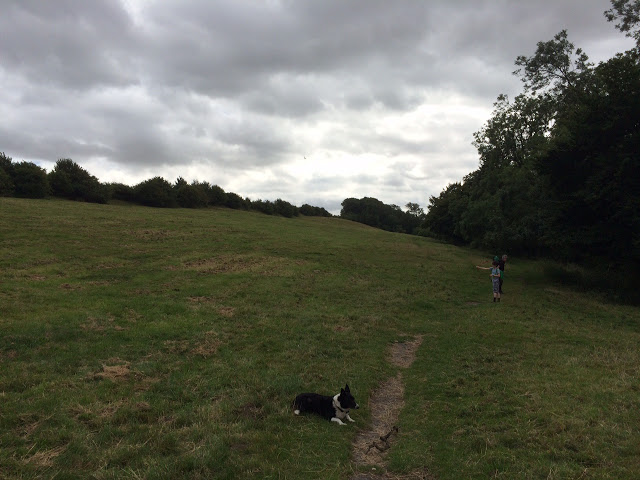 Today the fields didn’t seem to go on forever. 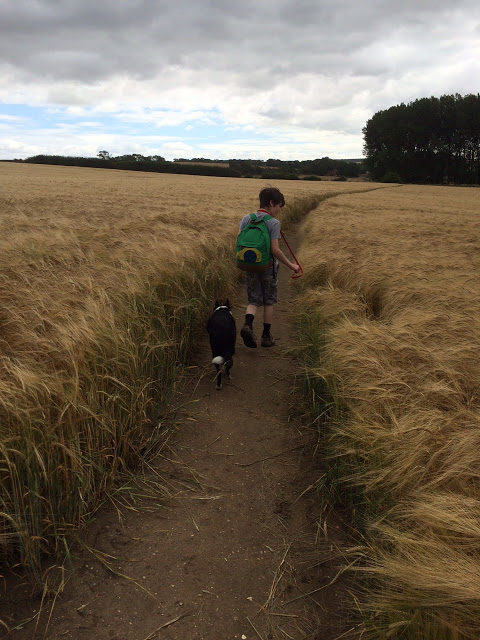 They were undoubtedly large. 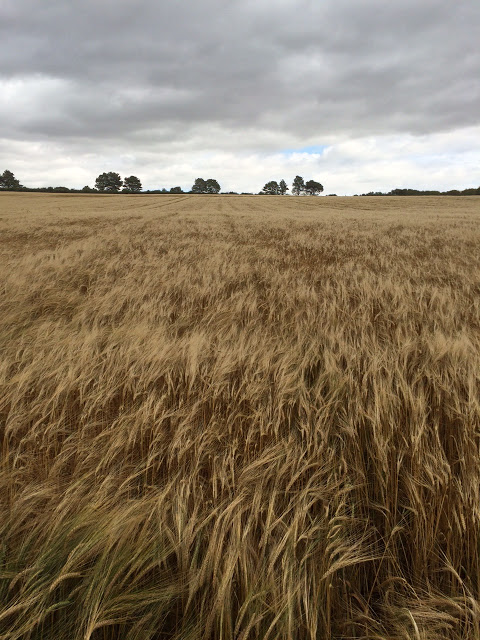 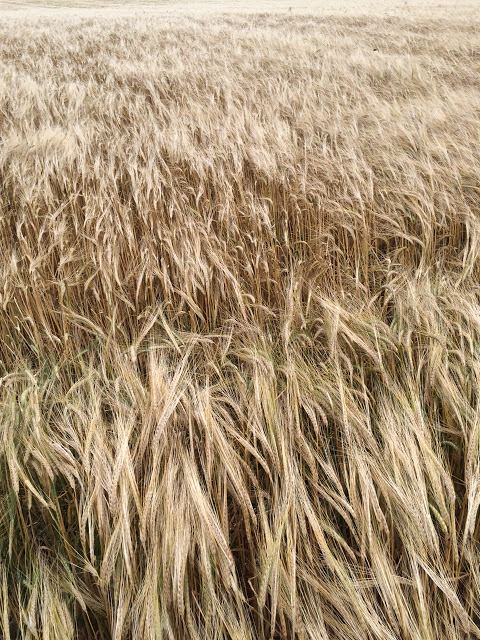 But they were interspersed with little villages full of expensive looking houses, and streams, bridges and ponds between fields. 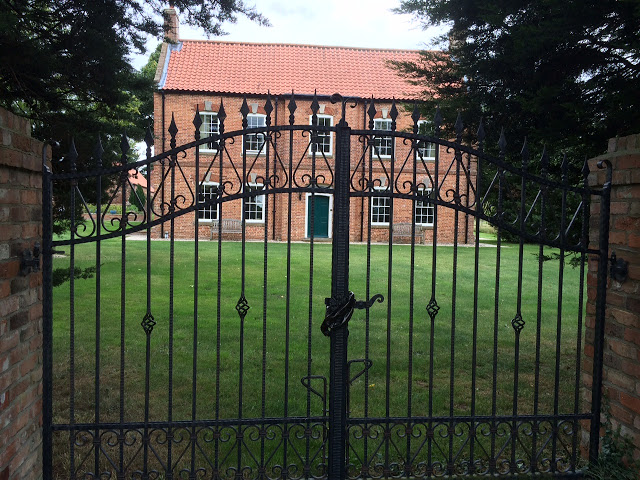 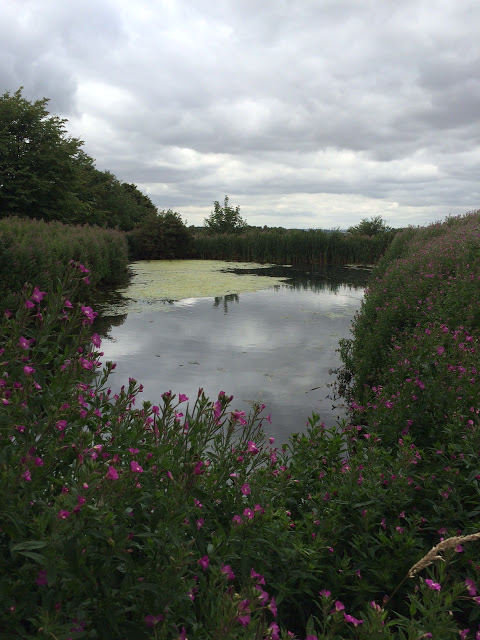 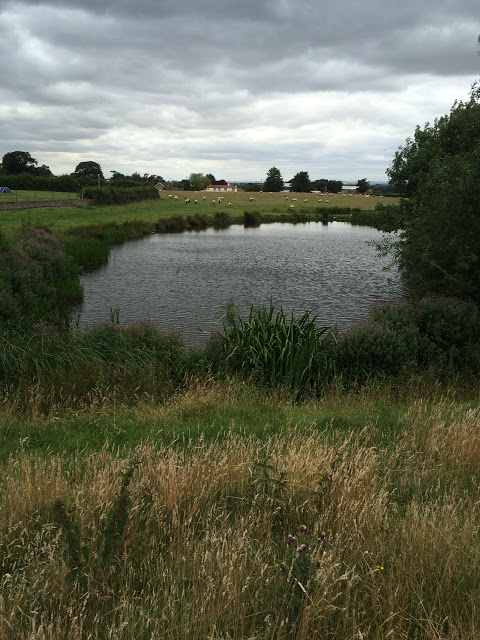 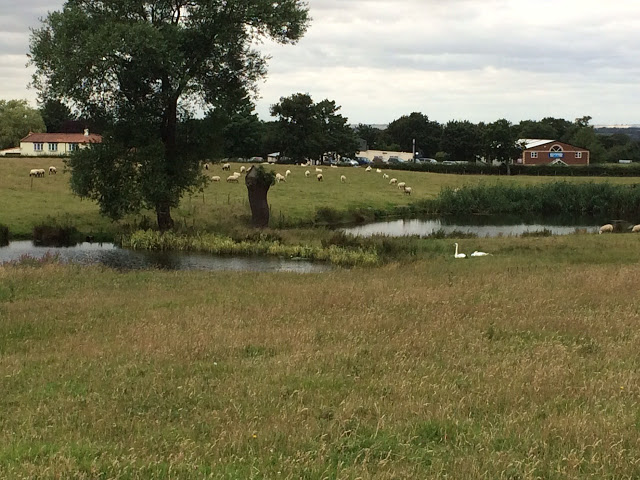 All the villages ended with the suffix ‘by’ – Bigby, Somerby, Searby, Ormsby, Grasby, Clixby – a sign of its Viking past – and were graced with squat little Norman churches. 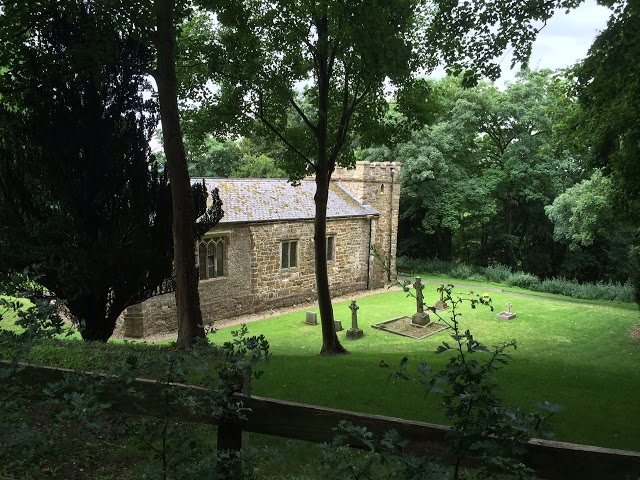 At Clixby there was a lovely little chapel where we stopped for a rest and an energy bar. According to my guide book it was once the front part of a larger church, but it’s perfect just the way it is. 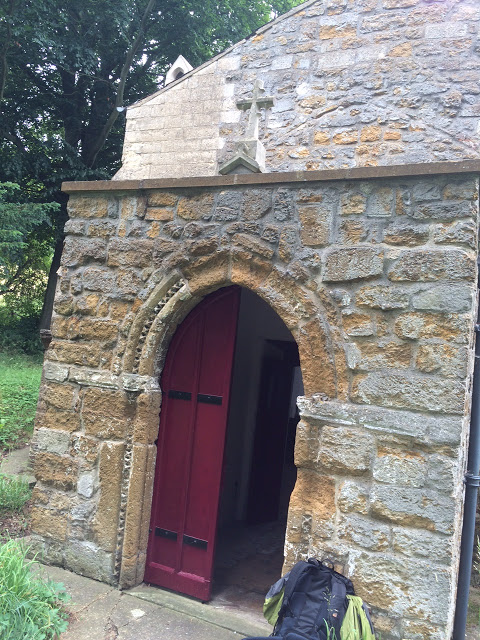 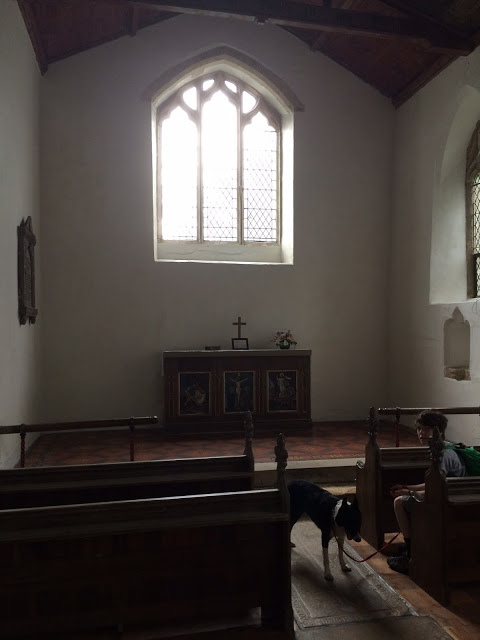 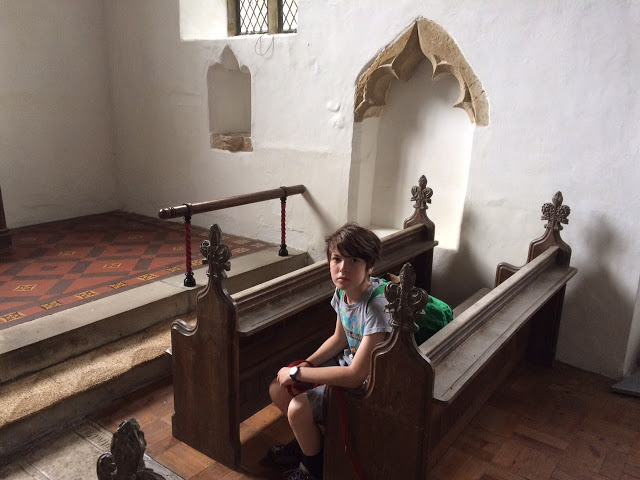 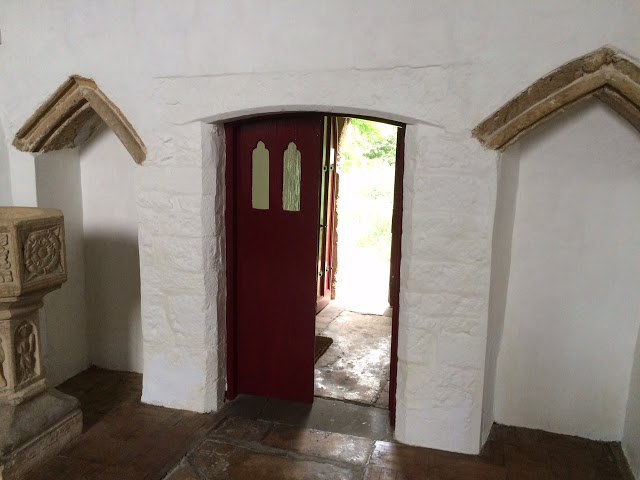 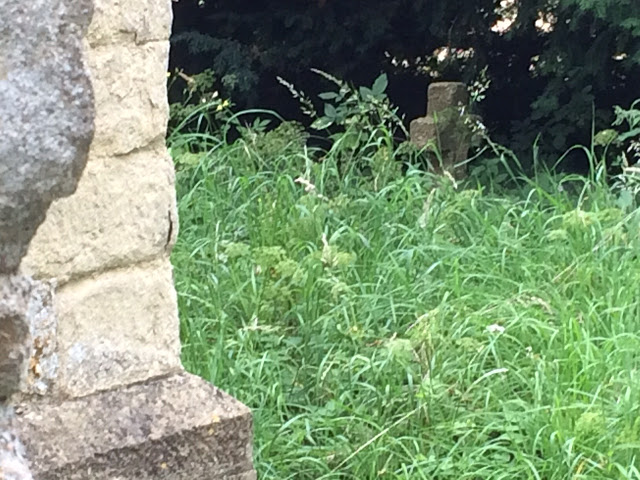 As we walked Johnny’s swearing became more and more inventive, and on the lane into Caistor he reached the limit of his endurance. 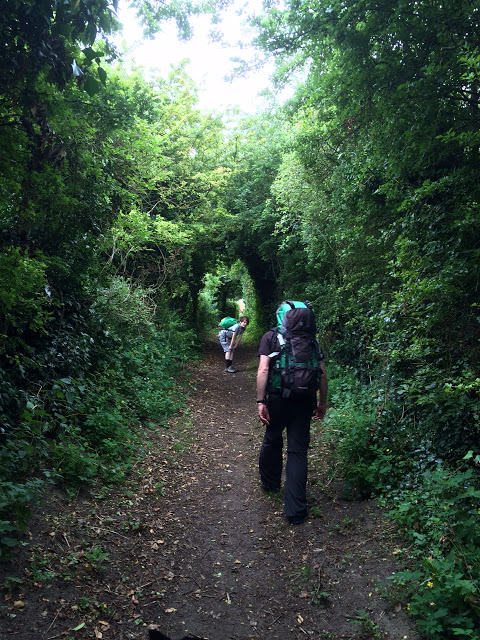 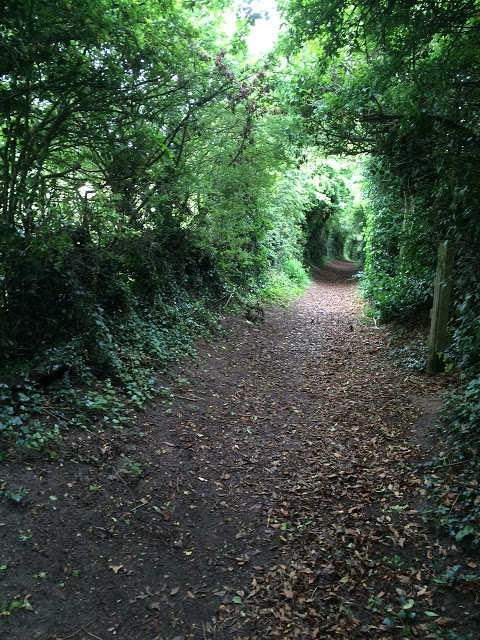 In the town we headed to the pub first and sank some beer. Then we found we’d missed the fish and chip shop while we were in the pub, and that there were no buses to Tealby.  We bought sausage rolls from the Coop and footcare products from Boots, then sat on a bench in the market square to wait for a taxi. It was strangely quiet.

Irene, the proprietor of our B&B offered warm salt water for sore feet and a lift to the pub in the village. Johnny is limping. Let’s see what tomorrow brings.
9 miles.
0 comments… add one