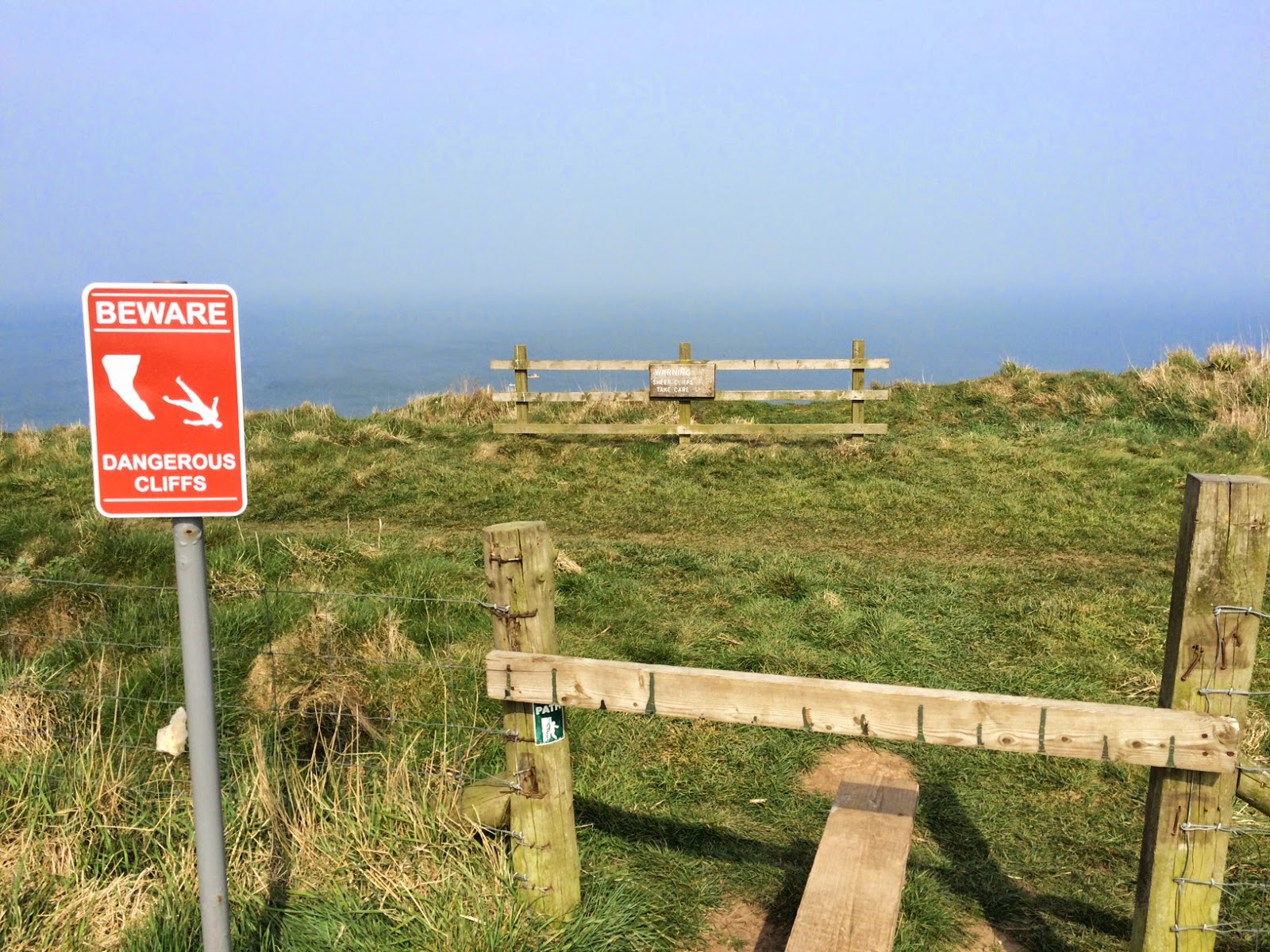 Whilst eating breakfast in the conservatory overlooking the sea, shining in the morning sunshine, we overheard an item on local radio. Yesterday a girl lost her footing and fell from the cliffs near Filey, at the Blue Dolphin Caravan Park. She was winched up and was being treated in hospital. 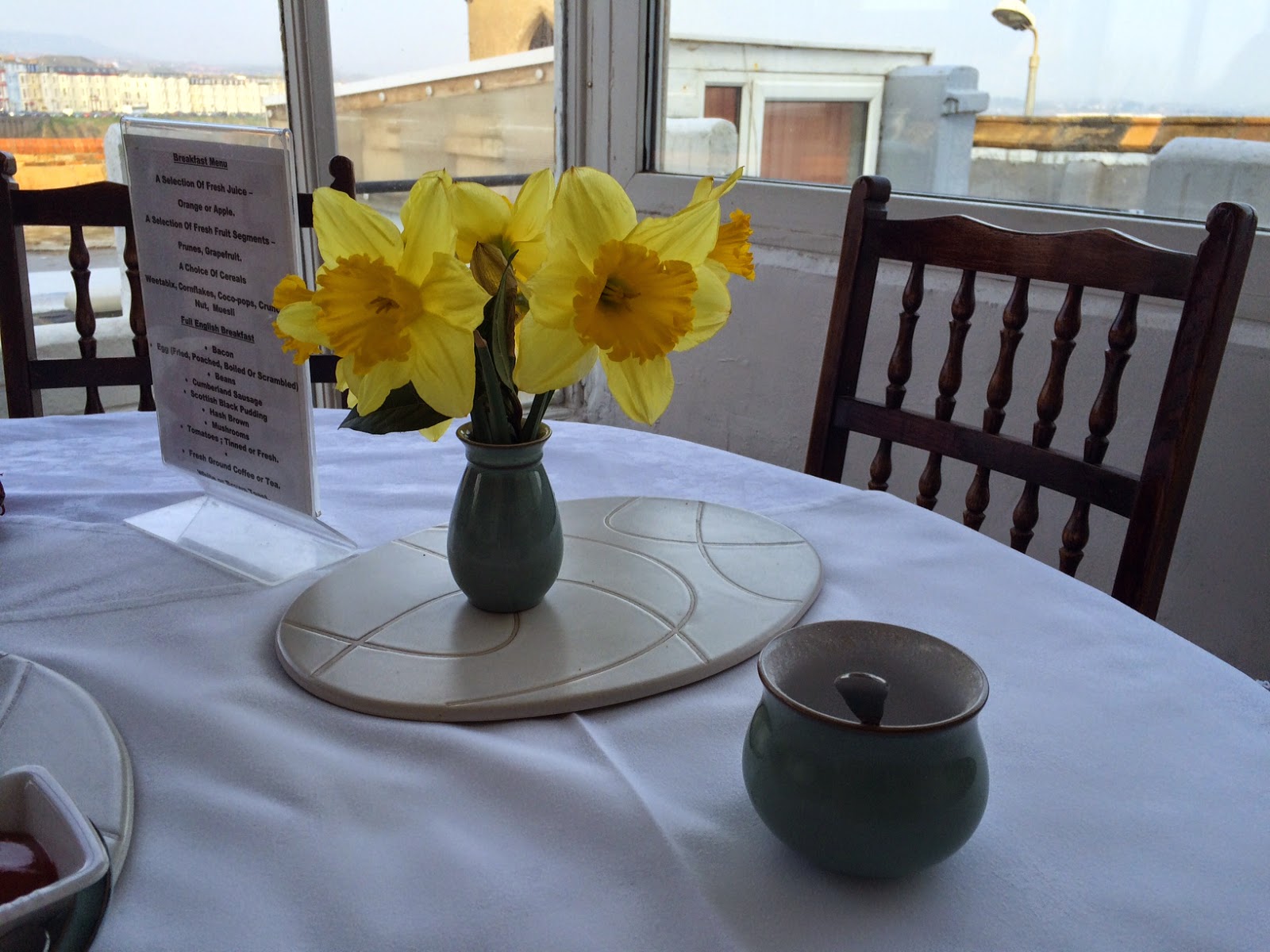 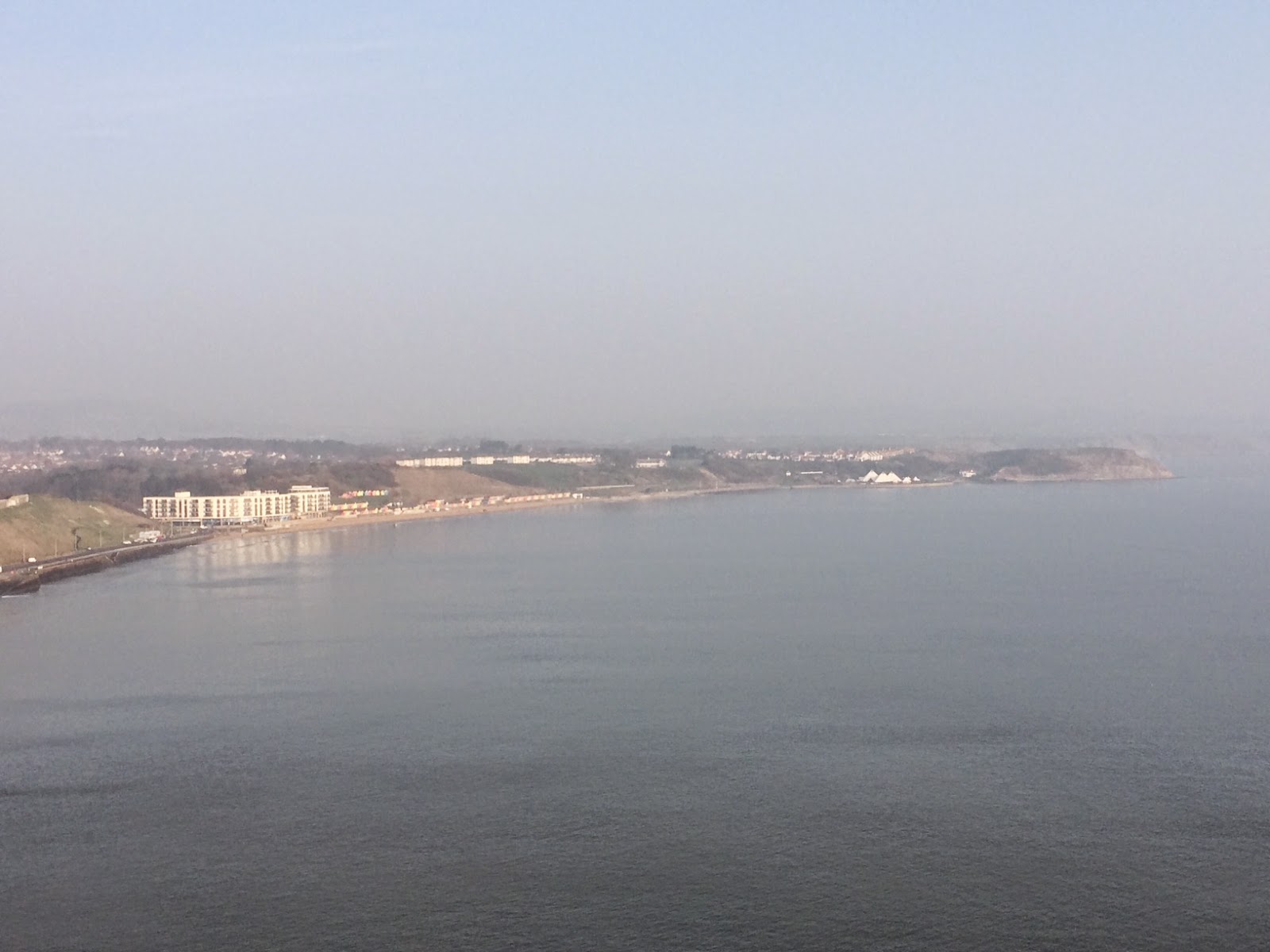 This incident coloured the whole day. We were headed for Filey and would, later on today, pass the Blue
Dolphin. Poppy was convinced it wasn’t safe, that we would fall, that the people who planned the Cleveland Way and wrote books about it were irresponsible fools putting innocent walkers’ lives in danger.
We left Scarborough as it filled up with tourists coming out for a day of sun, sand, donkeys and fruit machines, and headed off down the coast. 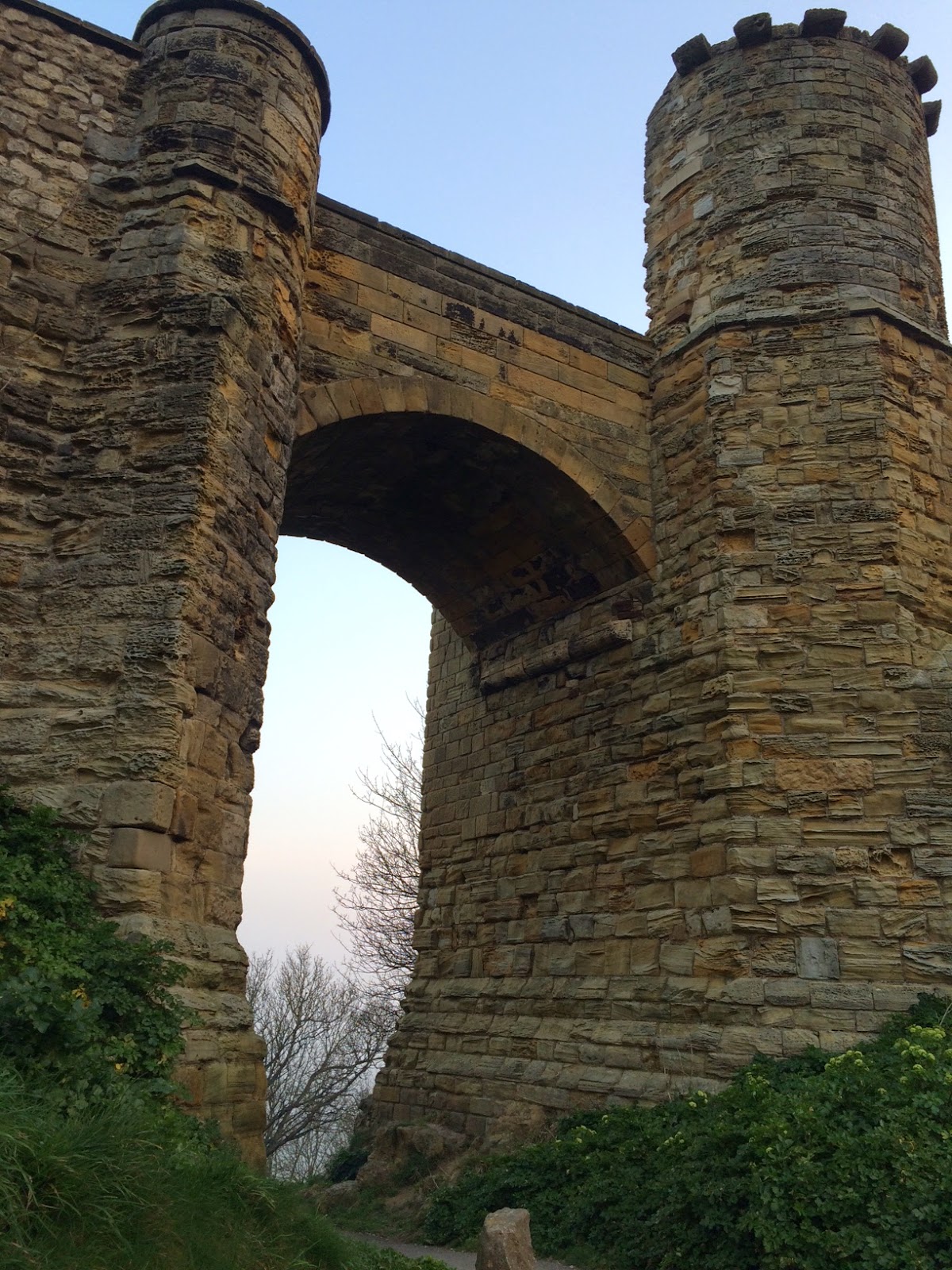 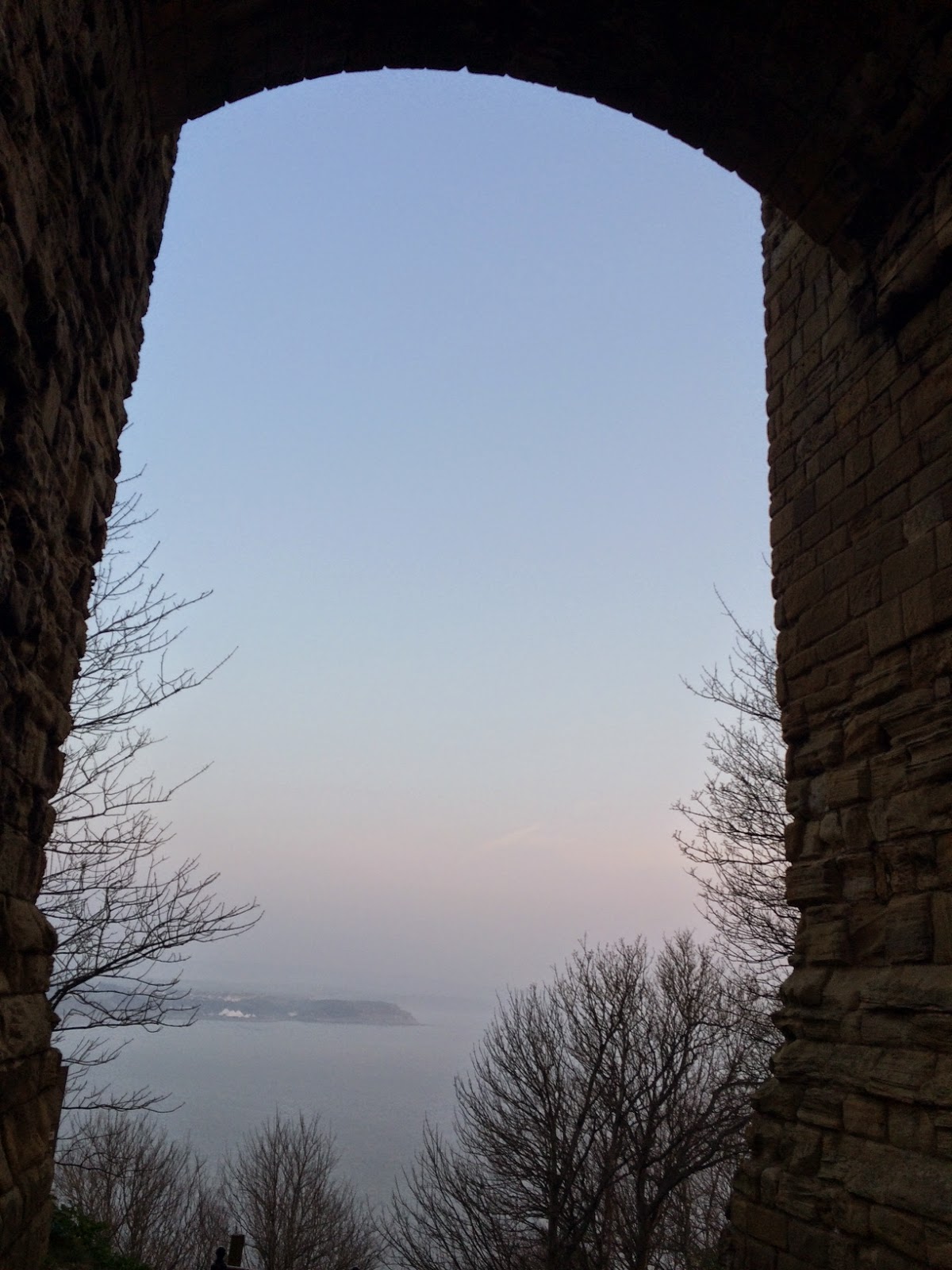 We passed a pond full of frogs. I mean, full of frogs. I’ve never seen so many frogs in my life. They
were big ones too, swimming in the water, hopping about, climbing all over each other in swarmy heaps, hassling a huge toad who was trying to crawl along minding his own business. It was fascinating and kind of horrifying too. The whole pond was constantly moving. 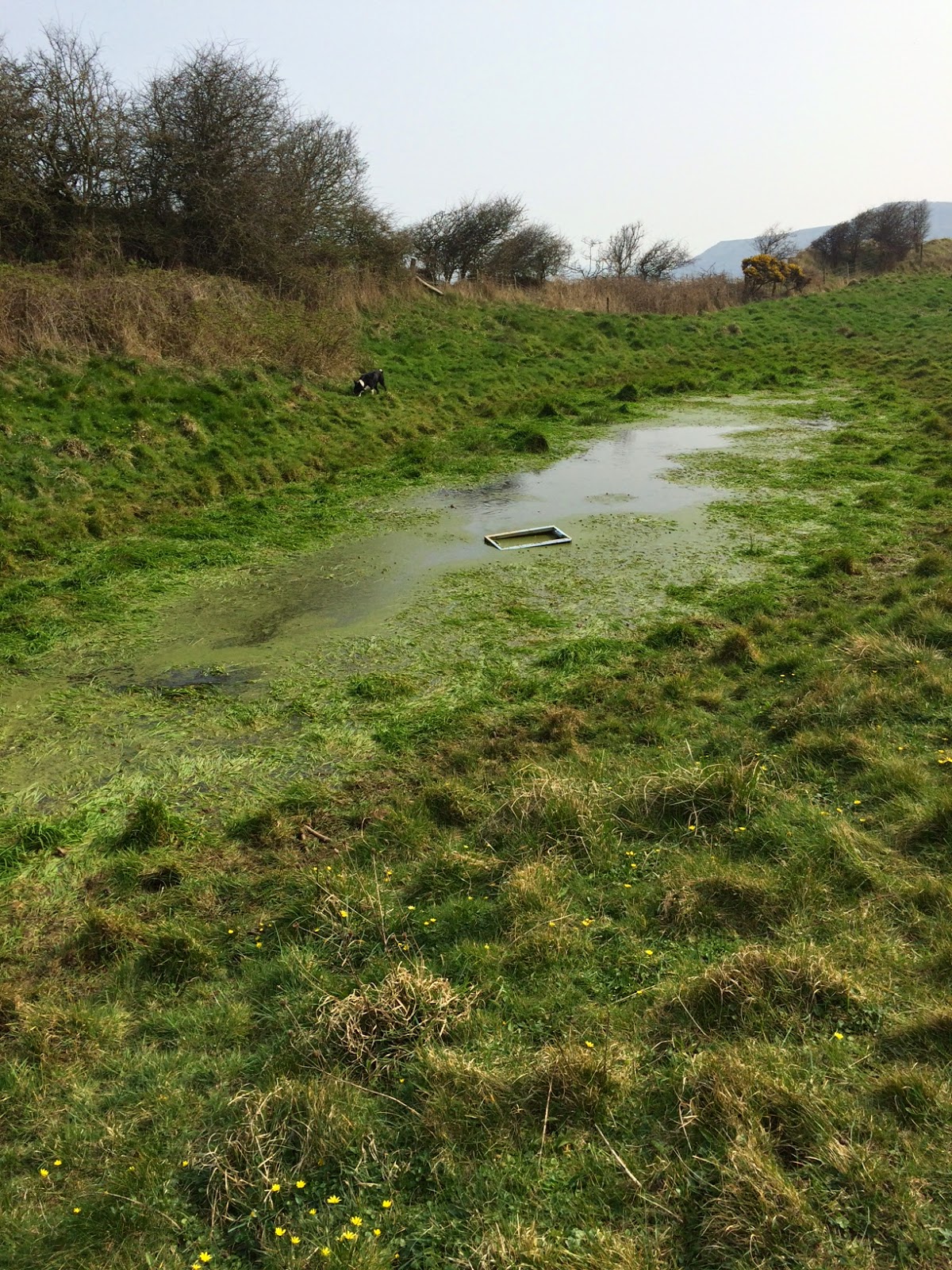 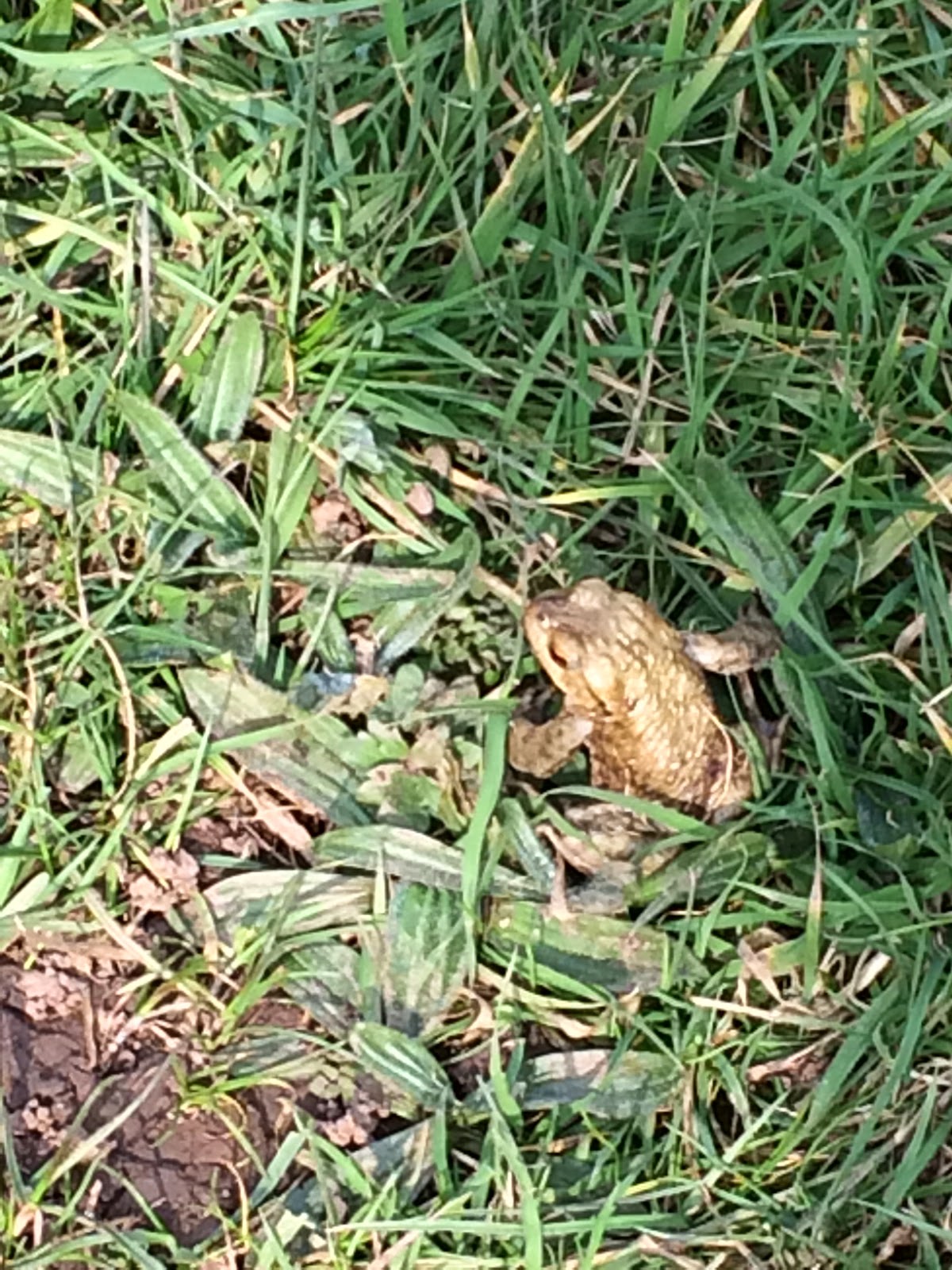 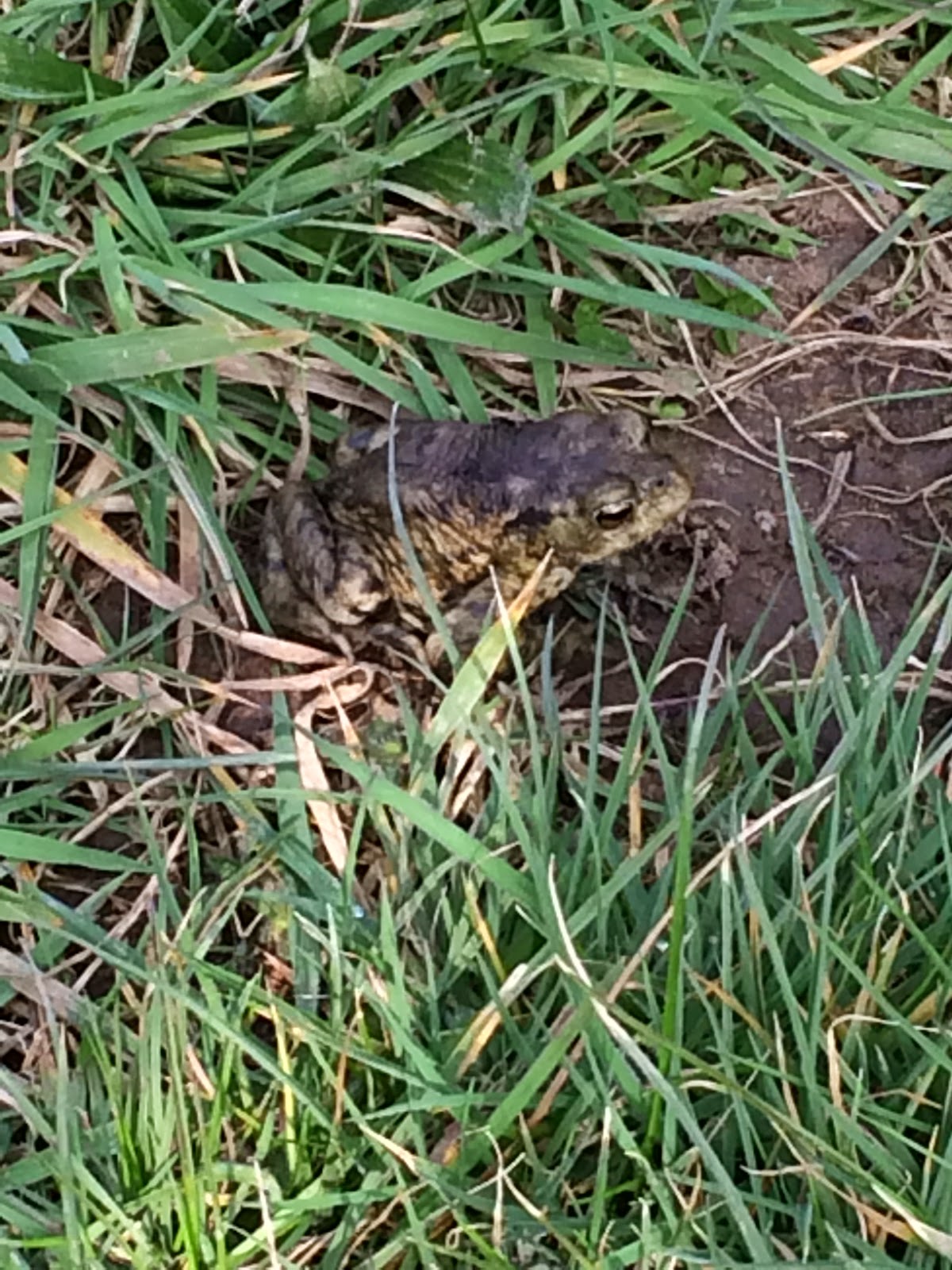 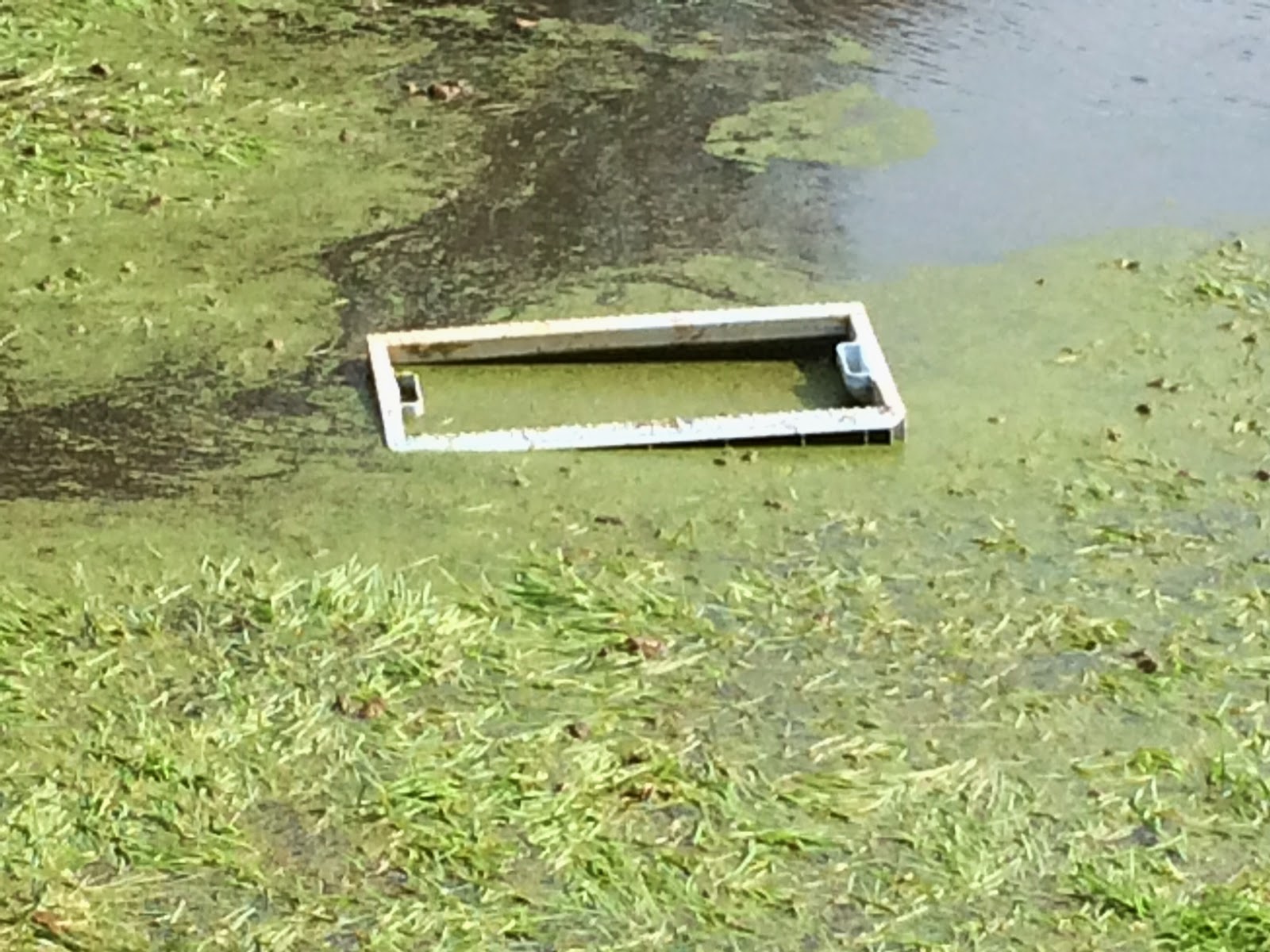 Soon after we saw a headland up ahead, Lebberston Cliffs, with huge sheer drops. A fence ran round the edge of it. ‘The path better be on the inside of the fence’ Poppy said. But of course it wasn’t. The farmer who owned the crop fields on the inside of the fence had strung barbed wire along the top to discourage nervous cliff walkers from climbing over. Poppy managed to find a way over anyway,  and we walked around the headland with a fence between us.
In fact, we did quite a bit of the next part of the walk on the ‘wrong’ side of the fence. 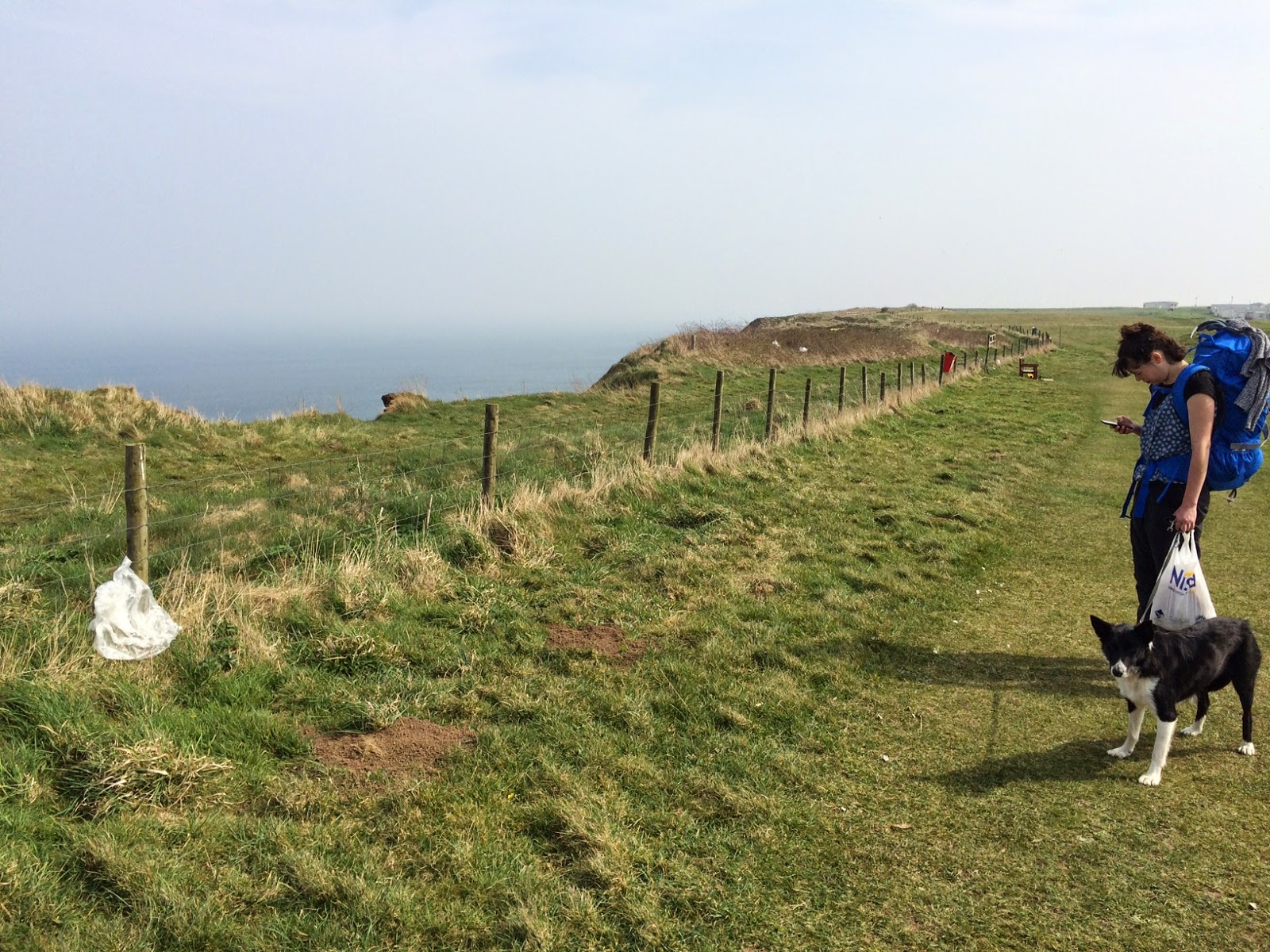 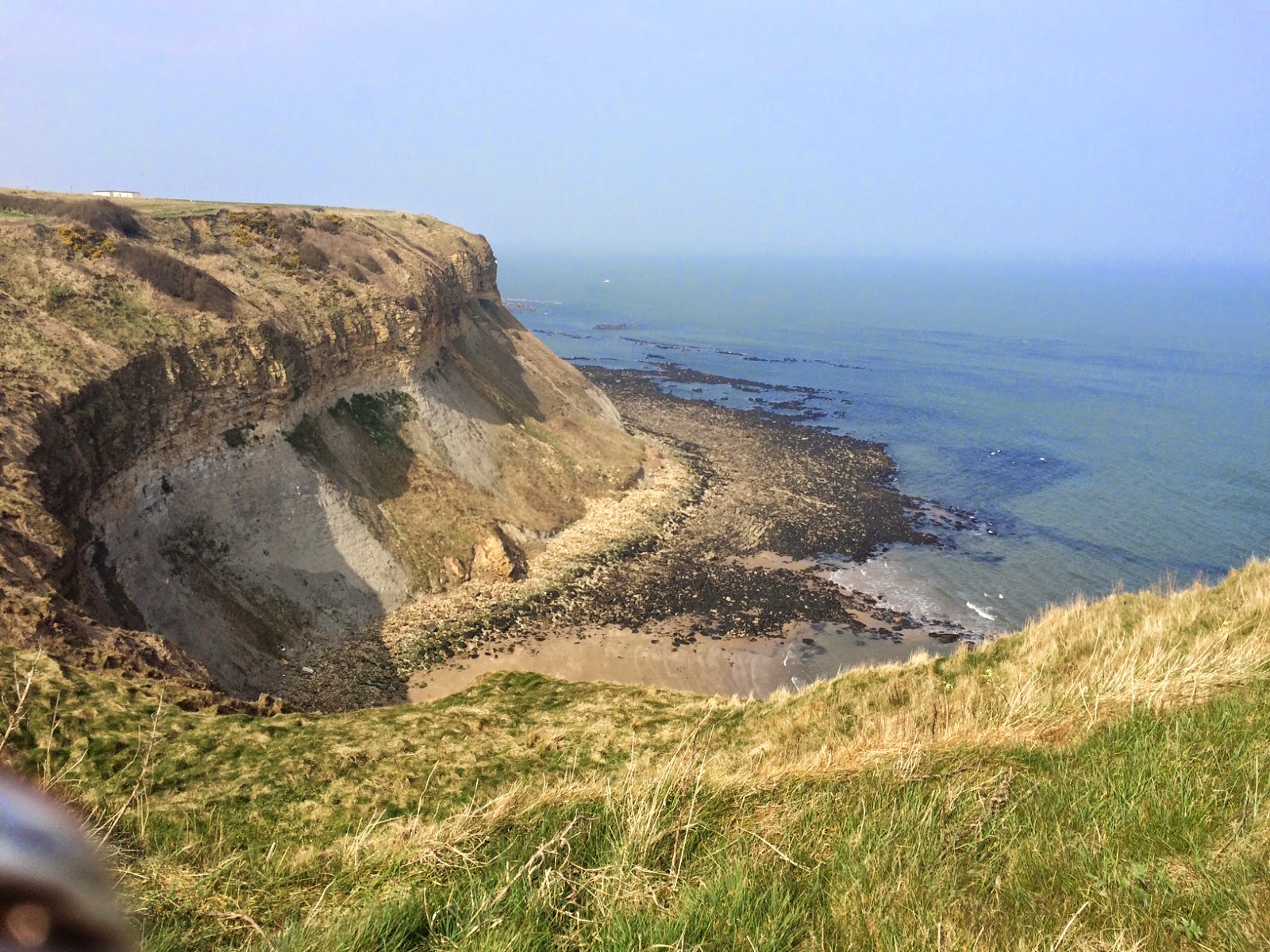 There was a strong breeze, which didn’t help Poppy’s mood as she was sure it would blow us into the sea. When we finally reached the stone which marked the end of the Cleveland Way, she said ‘OK, we’ve done it now. Can we go home?’ 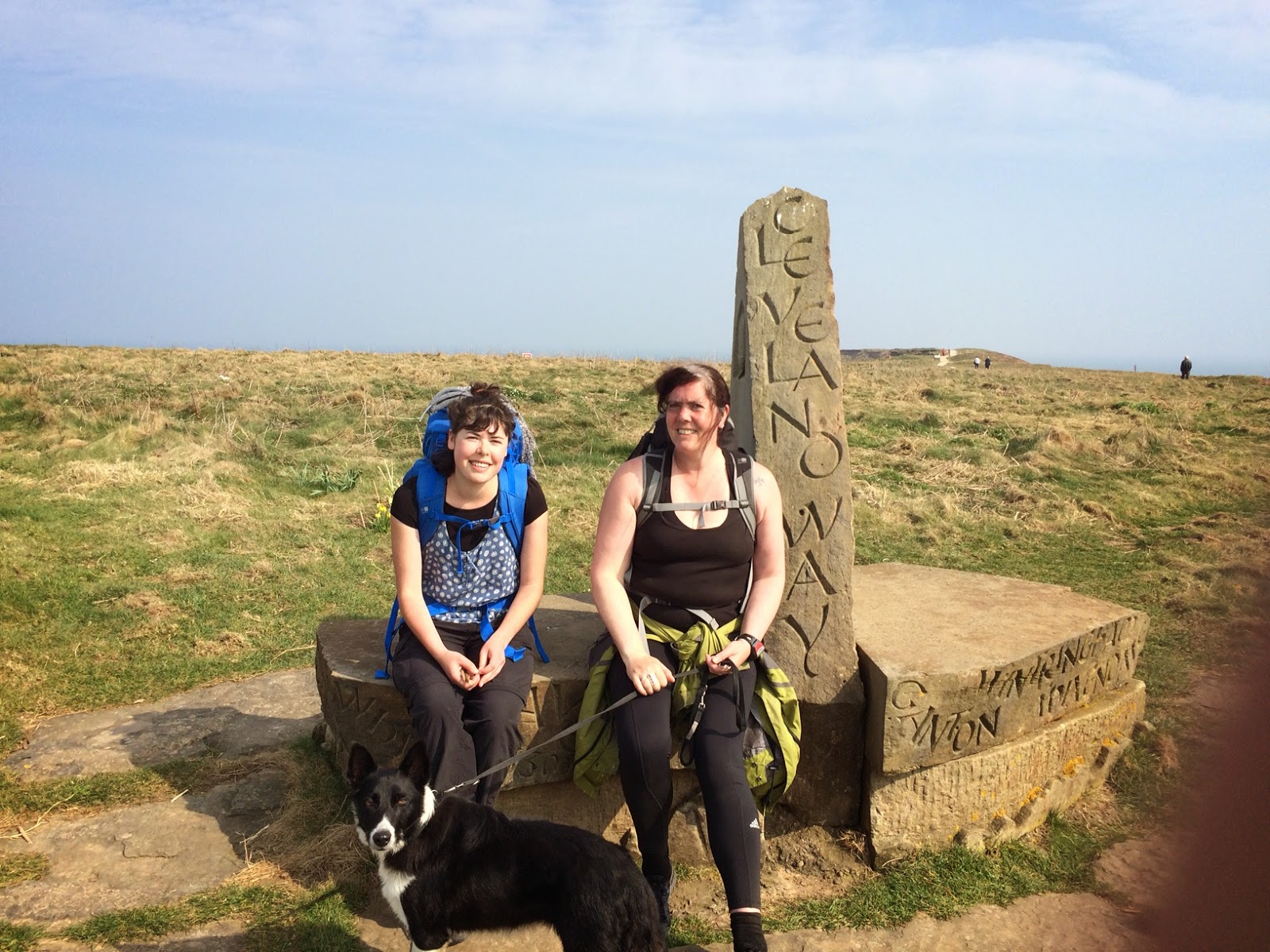 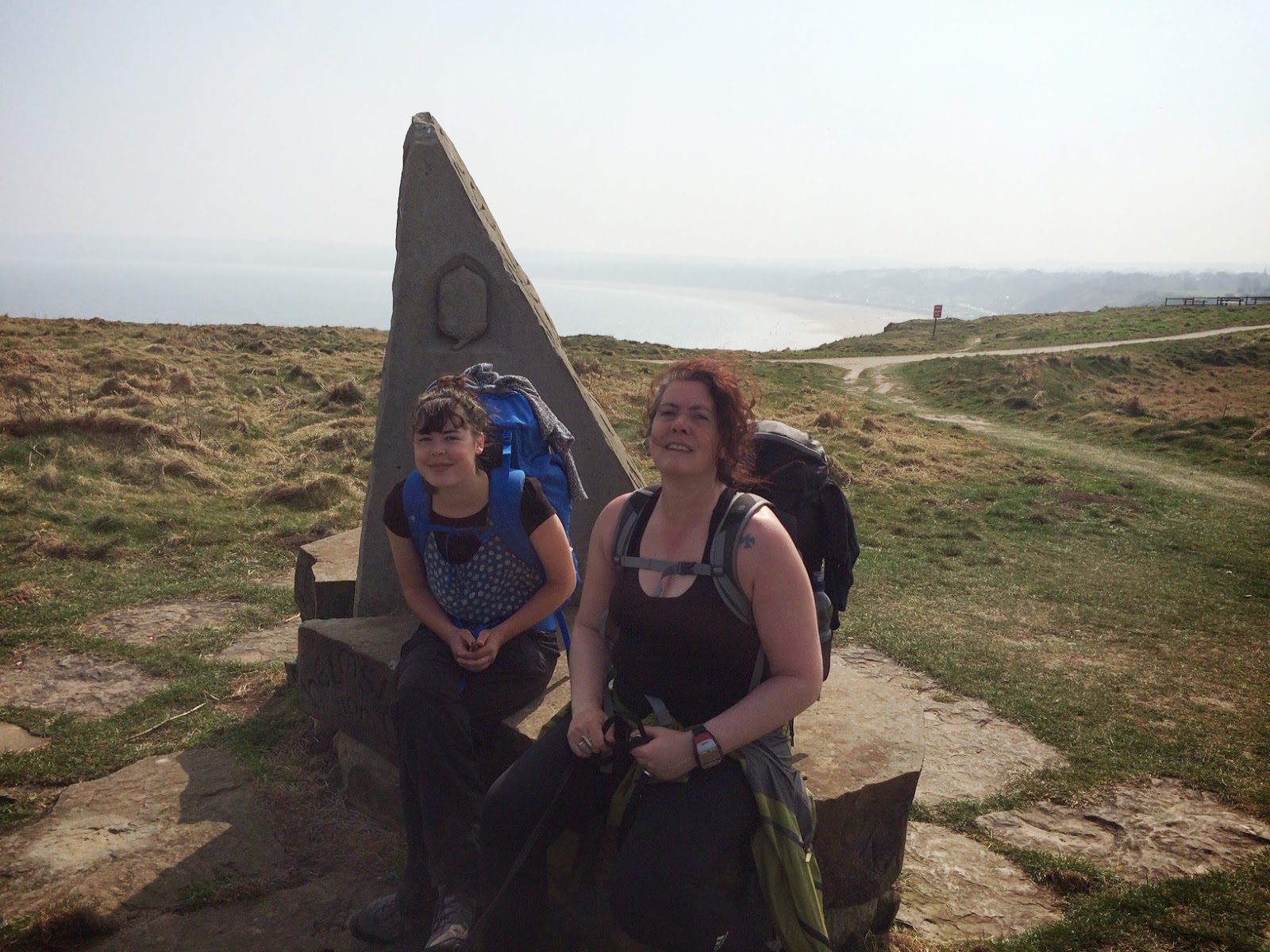 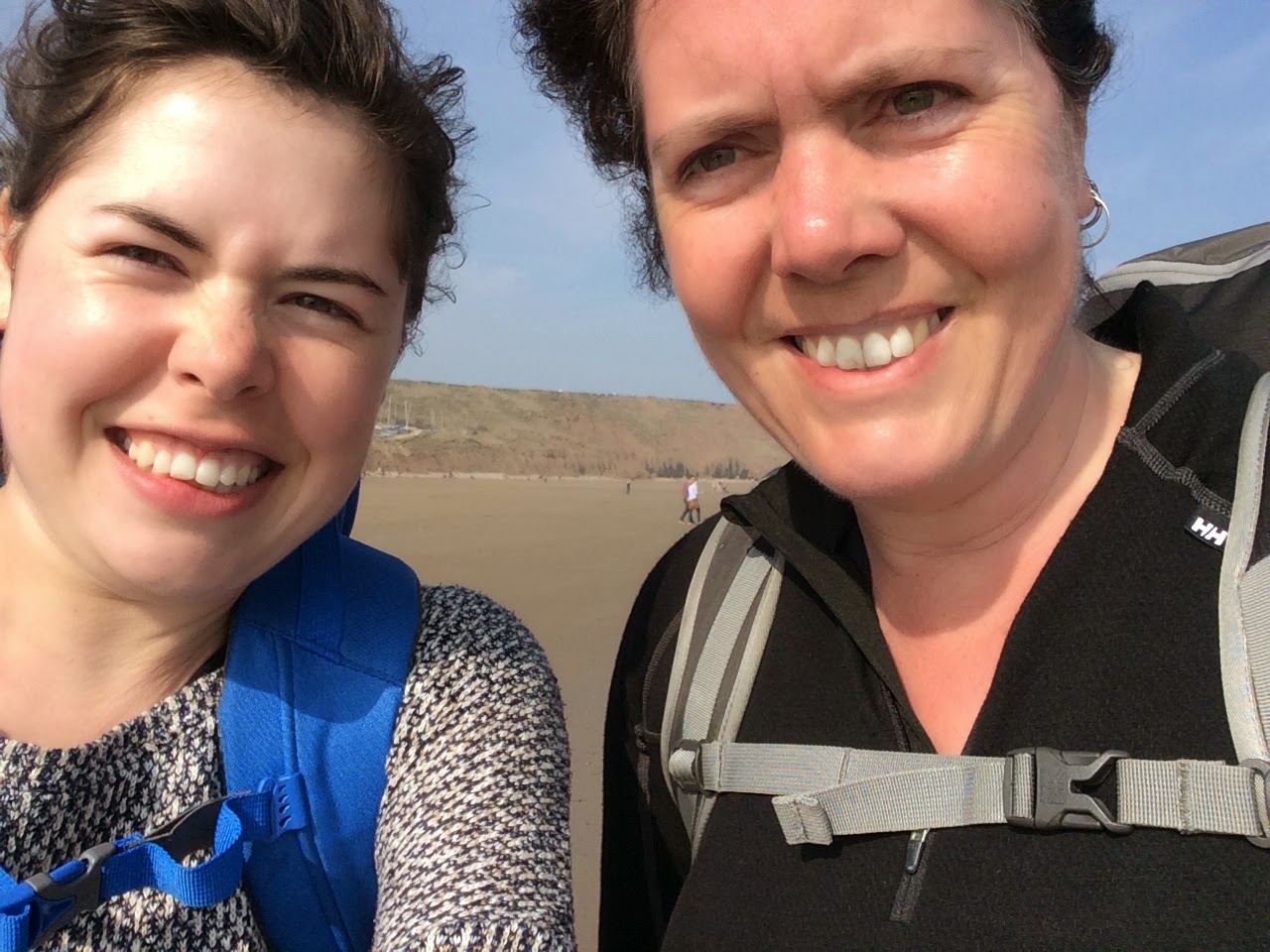 Selfie on the lovely beach at Filey 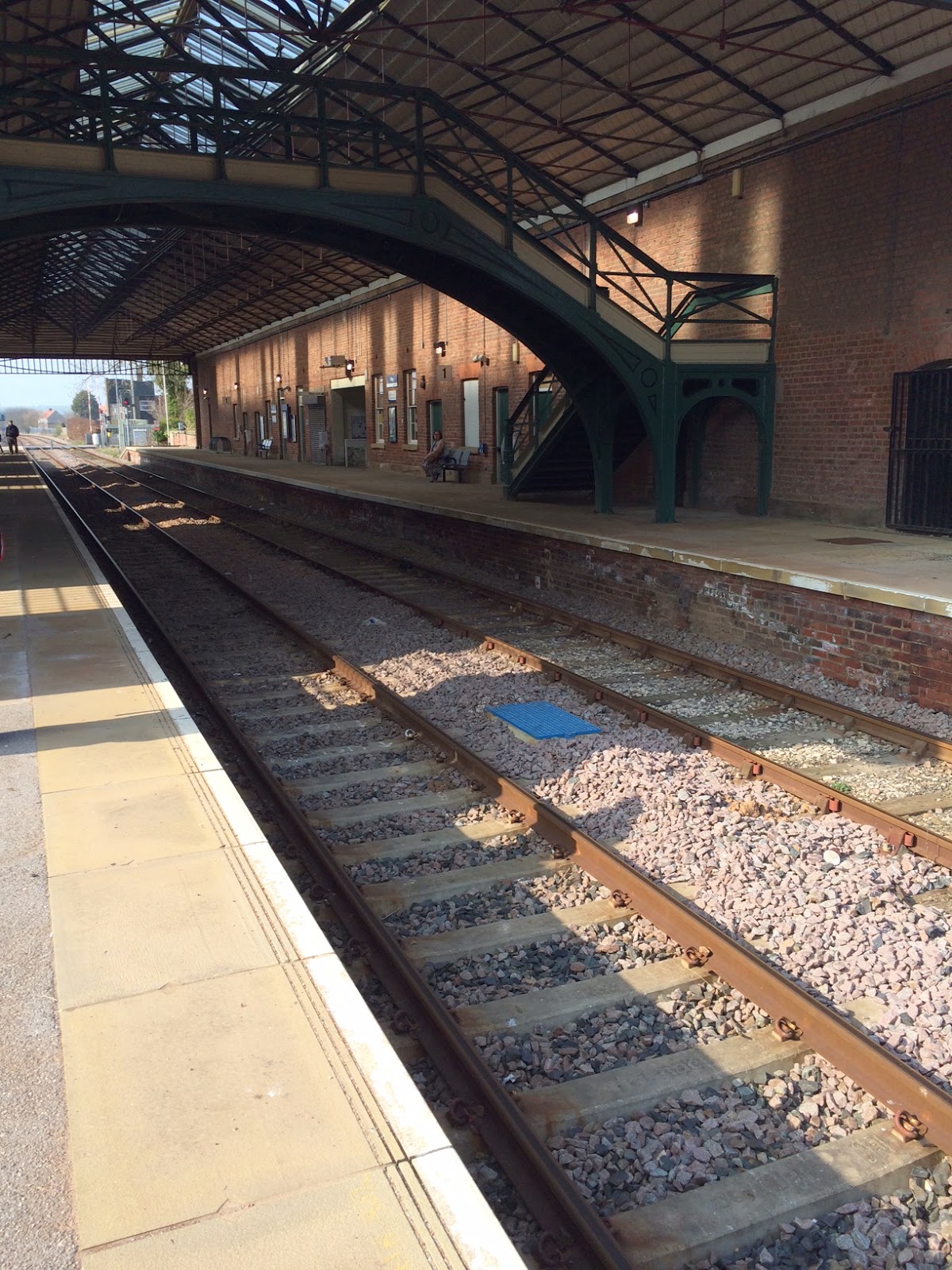 The train out of Filey took us back to Scarborough for our connection to Leeds, so we were suddenly back
where we’d started, which was a bit weird. But now we’re home again, ready to start planning for the
next trip.
10 miles
0 comments… add one